You have found yourself in the position of defending against a final restraining order being entered against you. A trial has been scheduled and you are naturally concerned. What is important to prioritize in making a strong defense? END_OF_DOCUMENT_TOKEN_TO_BE_REPLACED The brutal December 18 murder of New Jersey mother of two Tara O’Shea-Watson at the hands of her estranged husband and accused killer, Jeremiah Monell, is a tragedy beyond all belief. In the aftermath of Monell’s arrest following a two-week long manhunt, friends of O’Shea-Watson are now pointing to a proposed domestic violence bill before the New Jersey Legislature that they say may have kept O’Shea-Watson safe, and alive. END_OF_DOCUMENT_TOKEN_TO_BE_REPLACED 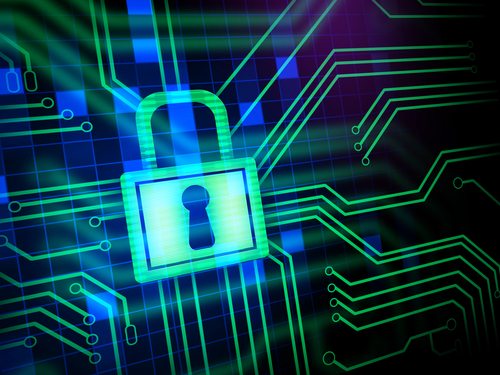 Are you trapped in an abusive relationship? If your spouse is monitoring your movements or spying on you  in an attempt to control you, be aware that he or she may have taken steps to monitor your online activity. With the arrival of today’s Cyber Monday, there’s no better time to learn steps you can take to stay safe and prevent cyber spying or cyber stalking from happening to you: END_OF_DOCUMENT_TOKEN_TO_BE_REPLACED 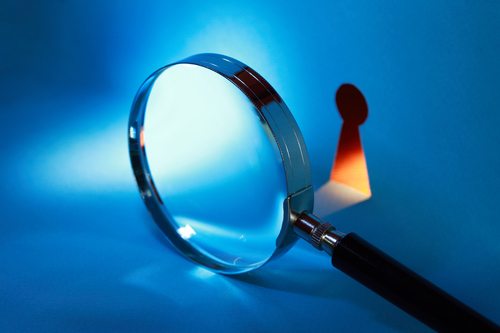 It is hard for most of us to remember a time without smartphones, email, GPS, and even drones, and virtual reality. High tech definitely seems here to stay. But, there is a dark side to all this technology, particularly in relationships that involve domestic abuse or domestic violence. Abusers can now, more easily than ever, spy on their spouses or significant others, using current technology found in computers, cellphones, hidden web cams and surveillance cameras, and GPS devices. Are you at risk for being spied on by on your spouse — and what can you do to keep yourself safe? END_OF_DOCUMENT_TOKEN_TO_BE_REPLACED According to the National Violence Against Women survey, domestic violence affects 1 in 3 lesbian relationships. And tragically, many victims remain silent. If we, as a society, have learned anything during October’s Domestic Violence Awareness Month, it is that domestic violence does not discriminate. It knows no race, color, socioeconomic status — or sexual orientation. So how can we help women trapped in these relationships reach out and get the help they need, and that is there for them? END_OF_DOCUMENT_TOKEN_TO_BE_REPLACED 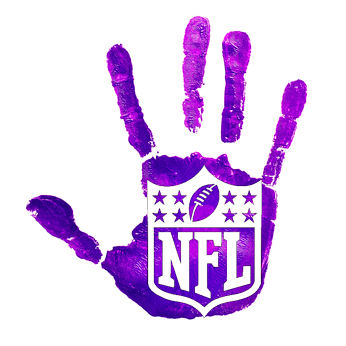 But does it really? Given Wednesday’s disturbing revelations about New York Giants’ kicker Josh Brown’s history of domestic violence against his former wife, and the light one-game suspension the NFL deemed appropriate to hand down after Brown’s 2015 arrest for domestic violence, this is a fair question to ask of the NFL. And we want answers… END_OF_DOCUMENT_TOKEN_TO_BE_REPLACED 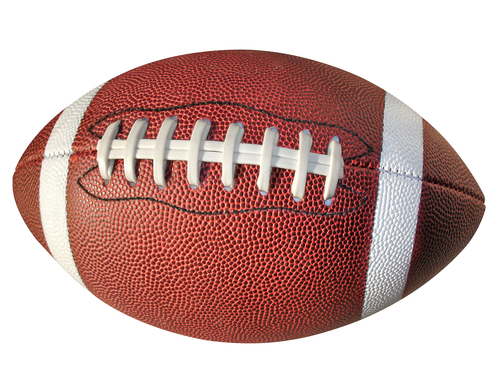 Earlier this year, NFL fans were shocked to learn that New York Giants kicker, Josh Brown not only was arrested for domestic violence in May 2015, but was given a mere 1-game suspension this season, following an NFL investigation into the matter. Brown was upset by the suspension, stating that he did not agree with it, but that he would accept it. He also had the support of his boss, New York Giant’s owner John Mara, who defended his kicker in August of this year “as a man, a father, and a player,” and said the team was comfortable re-signing him during the offseason to a two-year, $4 million deal. END_OF_DOCUMENT_TOKEN_TO_BE_REPLACED 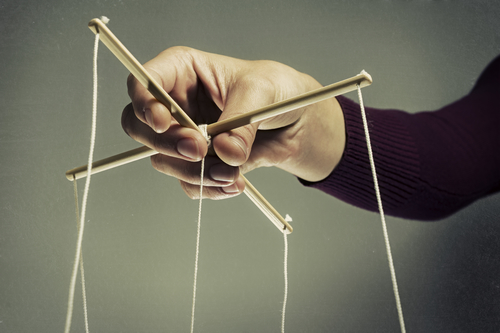 Your son-in-law tells your daughter who she can be friends with, what she can and can’t wear, how much she should weigh, and even how long her hair should be. Your daughter seems miserable, and you think your son-in-law is a controlling jerk…but he is also a domestic abuser? END_OF_DOCUMENT_TOKEN_TO_BE_REPLACED 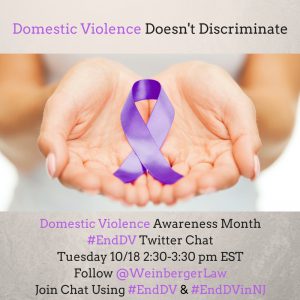 Female or male, gay or straight, white or black, rich or poor–domestic violence doesn’t discriminate. A check of recent DV stats from New Jersey and around the United States shows that victims of domestic abuse come from every known demographic and socioeconomic strata. 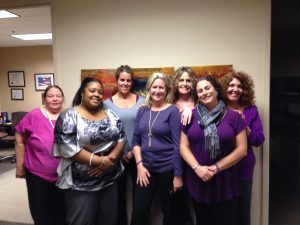 In recognition of October’s Domestic Violence Awareness Month, Weinberger Law Group will host and participate in a number of events to raise domestic abuse awareness and provide New Jersey victims with free legal resources. Would you like to participate? Here is a rundown of our awareness month activities and what you can do to make a difference. END_OF_DOCUMENT_TOKEN_TO_BE_REPLACED