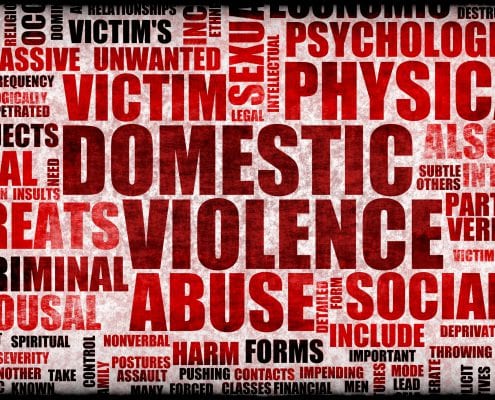 Christie has a history of vetoing similar firearms bills presented to him for signature. However, Lawmakers were concerned by statistics that showed a woman is five times more likely to be murdered by her intimate partner when there is a gun in the home. Two earlier versions of the bill had been vetoed by Christie, but he signed the slightly modified bipartisan version, which er gun violence prevention advocates had also supported.

Ceasefire New Jersey, a section of the Coalition For Peace Action praised Christie’s signing the bill saying, “We also applaud Gov. Christie for signing this bipartisan bill into law. This shows that bipartisan cooperation can lead to concrete steps that make the people of New Jersey safer from the scourge of gun violence.”

According to NJ.com, Christie stated he supported the reworked version of the bill that he had vetoed last May, because it added a provision that increases criminal penalties for offenses, including maximums for repeat offenders, that he “urged” lawmakers to adopt. And, according to the New Jersey Law Journal, the bill, sponsored by Sen. Jennifer Beck, R-Monmouth, and Sen. Loretta Weinberg, D-Bergen, passed with only minor opposition.

“Survivors of domestic violence will be safer than ever before,” Christie said in a brief statement.

“The enactment of this landmark legislation will prevent domestic abusers from committing acts of gun violence,” added Beck in a separate statement.
The bill also reinforces existing laws by creating a more detailed procedure that will help to ensure that offenders’ firearms, identification cards and permits are confiscated while they are subject to restraining orders.

Offenders also will have to immediately arrange for the surrender of those items. It also requires that temporary or final restraining orders include notice to defendants about the penalties they could face for violating any provision of the order regardless if the violation is related to firearms.
Christie further stated, “I am proud we came together to enact this model legislation that is much more than just symbolic and is real reform that fulfills our primary responsibility of improving public safety in New Jersey.”

Want to know how this new law may affect your domestic violence matter? Please contact us to schedule your initial consultation and sit down with an attorney to explore all your legal options.

How to Defend Yourself In A Domestic Violence Matter