You are here: Home1 / Blog2 / New Jersey Law - Child Custody3 / Which NJ Child Custody Option Is Right For You? 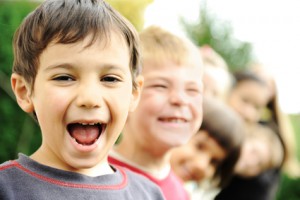 If you will need to determine child custody as part of your divorce, the number of child custody options available to New Jersey families may seem overwhelming. What exactly is the difference between joint, sole and shared custody? Should you ask for legal custody, physical custody, or both? What about visitation and parenting time?

In New Jersey, it’s the law that custody decisions must be made with the best interest of the child in mind. So what’s best for your child? Here are some factors to weigh in coming up with a custody plan that works for your family.

Legal custody: refers to a parent’s right and responsibility to make major decisions for a child. Some types of decisions included in the right of legal custody include where your child goes to school and whether or not your child has permission for certain medical procedures.

Physical custody (sometimes referred to as residential custody): refers to the actual physical care and supervision of your child, and who your child lives with on a day-to-day basis.

2. Consider how these custody types are divided into different arrangements.
A court may prescribe one of several different custody arrangements when determining child custody issues.

Joint custody: focuses more on the tasks and responsibilities of each parent. With joint physical and legal custody, one parent may have a much greater amount of physical custody time (parent of primary residence) than the other parent (parent of alternate residence). How much time the child spends with each parent is called parenting time. In terms of legal custody, in joint custody arrangements, one parent may also have much more parenting responsibilities than the other.

Shared custody: means that each parent receives roughly equal amounts of time spent with the child; the goal of shared custody is for a more equal distribution of time between the child and the parents. The focus is on the time spent together, rather than the duties and responsibilities of each individual parent. Shared custody is ideal when the parents are able to cooperate and agree on basic decisions without confrontations. It may also provide the child with a more stable environment, since time spent with each parent is about the same.

Sole custody: refers to one parent being awarded full physical or legal custody – or both. The parent awarded sole legal and physical custody makes all of the major decisions regarding the child (health, education, and welfare), as well as all day-to-day decisions without the need to consult with or notify the noncustodial parent. Sole custody is usually applied in cases where one parent is deemed to be absent or unfit. In some cases, the non-custodial parent may be able to seek visitation with the child in a supervised or unsupervised setting, depending on the circumstances.

3. Take stock of your family’s situation.
For a general idea of the best kind of custody arrangement to pursue, next take into account the factors generally considered by the Courts when awarding custody. These include:

The age of your child: If you are the father seeking custody of a nursing infant, it logically makes sense that this child may require spending more time with the child’s mother until older. A preschooler or school-age child, on the other hand, may benefit from having a near 50-50 time split with parents, if geographically possible. Tweens and teens may have their own preferences for which parent they primarily live with and, which can also be taken into account.

Each parent’s relationship with the child (and with each other): Yes, divorce can strain even the strongest parent-child relationship. But if look back to the time before divorce and separation, what was the state of your relationship then? Was it positive and loving relationship, or distant? Also, do you support your former spouse’s relationship with your child — and vice versa?

Health status of both parents and children. Are both of you mentally and physically able to care for your child? What is the ability of each of you to provide for your child’s physical needs, emotional wellness, and medical care? Does your child have special health, medical, or educational needs that require frequent decision-making?

Ability of each parent to provide a loving, stable home. How child-friendly is your living situation? Have either of you been providing the majority of the children’s care up to this point?

Geographic proximity and work schedule: How far apart do you and your former spouse live? What is the level of adjustment and attachment between the children and their home, school environment, and community/neighborhood? How does your work schedule affect your availability to care for your child? Is one of you a U.S. servicemember assigned overseas or on active duty (see special military protections that apply in custody situations)?

Abuse or neglect: Is there any confirmed evidence of domestic violence, abuse, or neglect by either parent?

Once you thought through these questions and carefully considered the different custody options, hopefully a picture will start to emerge of which options are best-suited for your child and your family.

What’s next? It’s always best to discuss child custody strategy with a skilled New Jersey family law attorney who can take the time to understand your particular situation and guide towards the right choices. Please contact us to schedule your initial attorney consultation.

Three Tips For Cutting Divorce Costs Paying NJ Child Support: How Much Is Too Much?