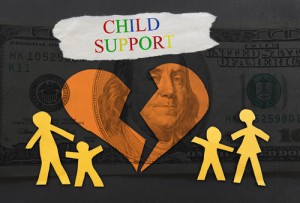 On January 19, 2016, Governor Christie signed into law a bill that dramatically impacts child support termination presumptions and procedures in New Jersey. The bill, S-1046/A-2721, is substantially similar to the version passed by the Senate in July of 2015, with minor amendments adopted by the Assembly in December.

We provided questions and answers on the Senate version in August of 2015. The Assembly’s amendments slightly expanded the notice requirements for orders administered by the Probation Department and imposed responsibility for public dissemination of information about the new law on the Administrative Office of the Courts and the State Title IV-D agency. The amendments also removed the term “emancipation” from the bill, clarifying that the provisions relate only to the obligation to pay child support, and not to any other parental rights and responsibilities related to legal emancipation of a child.

The highlights of the new law, which will go into effect on February 1, 2017, are as follows:

Do you still have questions about child support and the new termination provisions? Please contact us for an initial consultation with one of our knowledgeable and experienced child support attorneys. 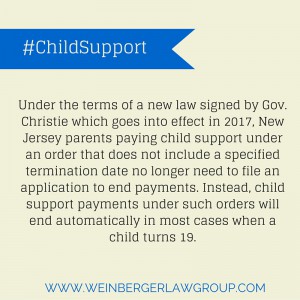 Court To Adoptive Parents: No Undoing Adoption Even In Troubling Circumstan... Why We Need a Domestic Violence Ad During the Super Bowl