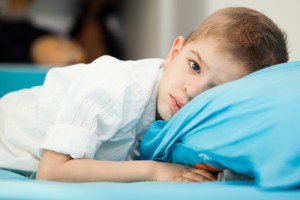 In a novel decision by the Cape May county Chancery Division, the court has ruled that adoptive parents are not able to “undo” the adoption of their child, who had begun acting violently to the family and to schoolmates, because they waited seven years to bring the application to the court.

Sadly, the child that the plaintiffs adopted in 2008 had parents with mental and substance abuse issues that they claim the New Jersey Division of Child Protection and Permanency withheld from them and that because of this withholding of information, the adoption should be overturned. They also claimed that it was in the best interests of everyone involved with their family, including the adopted child, to have the adoption vacated, as the child had begun expressing very violent behaviors, including trying to kill his adopted father with a kitchen knife.

The court disagreed, stating that although the child had “developed troubling behaviors” post-adoption, including “physically violent behaviors,” the plaintiffs “kept silent for another six long years” after they learned, from their own investigation, about the child’s biological mother’s mental issues. The court continued, “even assuming any withholding [by DCP&P]…They cannot be heard now to complain about information supposedly withheld that was made known to them some six years ago.”

And, although the child had physically assaulted school mates and sexually assaulted his brother, the court indicated that the “welfare of the child being discussed,” and not necessarily the well-being of third parties, that “is paramount.”

While the court did admit that the circumstances of this particular case are “very tragic,” and indicated that the child had become “a danger to his family as well as the community at large,” those circumstances were seen by the court “not as a result of the adoption, but rather the unpredictability of becoming a parent.”

Are you thinking about adoption or going through the adoption process in New Jersey and need legal help? Our skilled family law attorneys can help. Please contact us to schedule your initial attorney consultation.