You are here: Home1 / Blog2 / New Jersey Child & Parenting Issues3 / Co-Parenting in New Jersey: Can It Be Done? 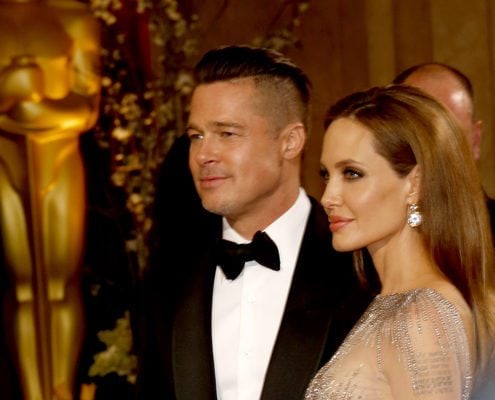 Even the most famous of couples who are divorcing are not immune to battles regarding their kids, custody, parenting time and child support. This week, Angelina Jolie filed for divorce from her husband of two years, Brad Pitt. The couple has been together for nearly a decade and have six children; three adopted and three born to the couple. What steps can the pair take to establish a positive co-parenting relationship — and how might these tips translate to parents in New Jersey?

In Jolie’s complaint for divorce, she asks the court for sole residential custody of the children, meaning that they would live with her for the majority of the time, while Pitt has parenting time or visitation with them. Jolie does say she wishes to share joint legal custody of the kids with Pitt, meaning that they would share major decision making for the kids regarding such issues as education, major medical decisions and religion. Sources have indicated that Pitt wants to share residential or physical custody as well, and will fight for this. Complicating matters is the allegation that Pitt recently became verbally and physically aggressive with one of the children, feeding speculation that this is the reason why Jolie asked for physical custody.

The battle that may ensue for this couple may call into question their ability to co-parent the children. Here in New Jersey, courts strongly favor as much involvement and input in children’s lives by both parents. In order for parents to be effective in this endeavor, they must have an ability to co-parent. Constant battling and arguments or baseless accusations will not lead to effective co-parenting and will be detrimental to the children overall.

Co-parenting can be defined as parents working together after separation or divorce to raise children on amicable terms. Can it be done? Even the most well-intentioned parents will have disagreements about the children. It is natural and expected. But, plan for those times by having a written and detailed parenting plan to which both can refer in times of conflict. Avoid “trash talking” your children’s other parent to them as this will lead to a breakdown in communication and hurt feelings for the kids.

Whether you’re a regular old family, or Brad Pitt and Angelina Jolie, co-parenting takes work and sometimes a great deal of work. Whatever the future holds for your family or for their family, there will be days where old feelings surface and struggles arise. If you need help, seek help. A therapist can offer you a safe place to vent while giving you ideas on how to avoid conflict and work constructively with your ex to co-parent your children. They deserve the best of the both of you in their lives.

If you need further information on co-parenting or mediation or any other area of family law, contact our office today to schedule your initial consultation with one of our qualified family law attorneys experienced with co-parenting, custody and parenting time issues in New Jersey.

Does Addiction Mean You Can Cut Off Child Support?

You Don’t Have To Be A Celebrity To Divorce Like A Star!