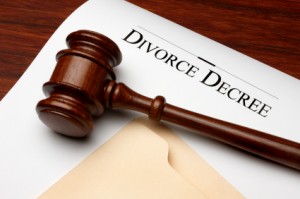 Are you inadvertently making your divorce more difficult than it needs to be? Here are five tips for making the process as short and straightforward as possible.

1. Don’t Throw In The Towel
You know that saying, “when the going gets tough, the tough get going?” It may be custom-made for divorce. As you and your spouse make important decisions about what gets included in the settlement, there are bound to be disagreements, from minor discord that’s easily overcome to major disagreements that seem unsolvable. As much you can, hang on and try not to let an impasse derail the process. Talk to your attorney about your options, and what the law says, and how you might be able to come up with a creative solution that might not have been thought of at first. Taking a “there is a solution, we just need to come up with it” attitude can serve you well in divorce.

2. Get It In Writing
Did your soon-to-be ex-spouse call you up last night and tell you that you can have the car, so don’t bother listing it in your list of assets? It’s nice that he or she is not putting up a fight about a certain item, but still, whatever agreements the two of you come to, get it in writing. Proof is always in writing. Even in amicable cases, don’t rely on something agreed verbally. Your spouse may promise one thing but, unless it is clarified in an official settlement, it won’t hold up in court.

3. Don’t Withhold information From Your Attorney
It’s tempting to conceal little details or keep things to yourself during a divorce. You may feel embarrassed or regretful about certain things that happened during your marriage, or you may think that keeping certain things hidden can be a way of trying to retain control of the situation. It’s always a good idea to be as transparent as you can with your attorney about anything that can affect your legal situation or your attorney’s ability to represent you. By trying to pull the wool over your lawyer’s eyes, you are potentially putting yourself at a disadvantage. When in doubt, tell your attorney the truth.

4. Plan to Be Co-Parents
In most divorces, parents will retain some form of shared custody over children, meaning that most parents will need to work together as co-parents to raise their children. Know that successful co-parenting requires traits such as cooperation, patience, and a willingness to let go of animosity for the sake of your children. The sooner you can start putting these into practice (and your spouse, too), the easiest your divorce may be for your children.

5. Don’t Hide Money
Forensic accountants who specialize in locating secret bank accounts and other hidden assets are becoming more and more commonly involved in divorce cases. Even if evidence of hidden finances are found after a divorce is finalized, an existing court order can be overturned retrospectively and assets redistributed. See our blog, Six Places Spouses Hide Assets for more.

Study: Why Are Heavy Drinkers Less Likely to Divorce? How Do You Find A NJ Divorce Attorney?