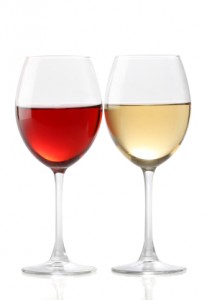 Do drinking and marriage mix? That depends on who’s doing the drinking — and how much — according to a recent study by the University at Buffalo Research Institute on Addictions.

“Our results indicate that it is the difference between the couple’s drinking habits, rather than the drinking itself, that leads to marital dissatisfaction, separation and divorce,” said Kenneth Leonard, PhD, RIA director and lead author of the study, via a university press statement.

Researchers also found a slightly higher divorce rate in cases when the heavy drinker was the wife, rather than the husband. Leonard suggests that if this difference is supported by further research, it might be because men view heavy drinking by their wives as going against proper gender roles for women, leading to more conflict.

The study controlled for factors such as marijuana and tobacco use, depression and socioeconomic status, which can also be related to marital dissatisfaction, separation and divorce.

“Ultimately, we hope our findings will be helpful to marriage therapists and mental health practitioners who can explore whether a difference in drinking habits is causing conflicts between couples seeking help,” Leonard said.

In New Jersey, alcohol addiction and excessive drunkenness is a ground for divorce. Did alcohol play a role in your divorce?

After Winter Break Ends, One in Five Parents Will Contemplate Divorce 5 Tips For A Smoother, Less Stressful Divorce