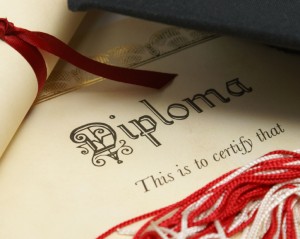 When the relationship between a divorced parent and their child is a rocky one, is that parent obligated to pay college tuition? This is the question at the center of a precedent-setting court decision issued Friday by Ocean County Superior Court Judge Lawrence Jones.

The case Jones ruled on, Black v. Black, involves a father and son (his oldest of three) who became estranged in the years following the parents divorce. Included in the Black’s divorce settlement was an agreement for the couple to share in the cost of college tuition for their three children. However, when their oldest son (referred to in court documents as C.B.) was accepted at Rutgers University, the father refused to pay, citing their lack of relationship. As Jones writes:

In 2012, C.B. graduated from high school with honors, and was accepted into Rutgers, the State University of New Jersey. The annual estimated cost for C.B. to attend Rutgers was approximately $12,000. A large portion of this cost was anticipated to be covered by available grants, scholarships, and loans.

Regarding any uncovered balance at Rutgers, plaintiff [C.B.’s mother] and defendant [C.B.’s father] were unable to reach an agreement in 2012 on what amount, if any, each party should contribute. In particular, defendant objected to contributing anything towards C.B.’s college education, largely because C.B. continued to refuse to have any type of relationship with him.

Given that their divorce decree calls for shared tuition costs, should Mr. Black be forced to pay, no matter how poor or nonexistent his relationship with his son may be? In a ruling sure to set precedent for other tuition obligation cases before the courts, Jones found that relationship status does count in whether or not a parent is required to pay up for college, and that college-aged children can be made to attend family and individual counseling sessions as a condition of receiving tuition support. According to Jones:

“[C.B.]…is no longer a juvenile. While he is a full-time college student and technically unemancipated, he is also a man. As a legal adult, he may be held to a far different level of maturity, responsibility, and accountability for his current choices and actions, including any decision to continue giving his father the never-ending silent treatment. If an adult “child” refuses to have a relationship with a parent without a clear showing of exceptional circumstances, and if that child further refuses to participate in trying to heal the relationship, such as by joining the parent in professional counseling, then the child’s message rings loud and clear that from his or her own subjective perspective, the parent/child relationship no longer has any value.

When an adult child takes this type of dismissive attitude towards the parent/child relationship. and instead continues to harbor endless resentment towards the parent with no good faith effort at rehabilitation or reconciliation, then the idea of the child simultaneously demanding college contribution from the parent may be viewed by a court of equity as fundamentally unfair and inequitable.”

What does this case mean for you? Coming up with a plan regarding who pays for college is a typical part of a divorce settlement when children are involved. However, Jones’s ruling establishes that agreements made concerning college tuition are amendable, given changes in the relationship between a parent and child, especially when that child becomes an adult.

It will be interesting to see how other cases currently before the courts will use this ruling. In the meantime, if you have questions concerning your child’s college tuition plan or child support in the context of divorce, we welcome your questions. Comment below or contact us to schedule your initial consultation.