You are here: Home1 / Blog2 / Divorce - Family Law3 / Does Paying for College End the Need for Child Support? 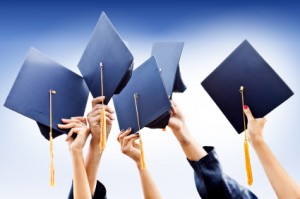 Your divorce settlement called for you to pay part of your child’s college tuition fees, including the cost of room and board. You’re making good on this obligation, so why do you need to still pay child support? That’s one of the questions at the center of Jacoby v. Jacoby, a recent case argued before the New Jersey Superior Court Appellate Division that dealt with the thorny question of whether child support should be reduced when a college student resides on campus.

As the court ruling describes, in 2001, plaintiff Kathleen Jacoby and defendant Frank Jacoby divorced after almost fifteen years of marriage. Among the provisions in their divorce settlement was an agreement to share joint legal custody of their two children, who principally resided with Kathleen. Frank’s child support obligation would be his payment of the property tax and homeowner’s insurance associated with the former marital home. He also agreed to share in the cost of paying for college.

However, in 2007, when their first son when off to college, Frank sought to have his child support reduced because the child no longer lived at home for the majority of the year. A family court judge agreed and employed a formula (based on the New Jersey Child Support Guidelines) to figure a new sum. In 2009, the couple’s younger son went to college, and again Frank sought a reduction in child support payments. He successfully argued that if the formula used previously to recalculate child support payments were employed again, his payment obligation for both boys would drop to $99 per week.

Kathleen appealed this decision, and in it’s review of the case, the Superior Court Appellate Division made the following observation:

The payment of college costs differs from the payment of
child support for a college student. See Hudson v. Hudson, 315
N.J. Super. 577, 584 (App. Div. 1998) (“Child support and
contribution to college expenses are two discrete yet related
obligations imposed on parents.”). The typical expenses
associated with college attendance, include tuition,
registration fees, lab costs, housing, board, books, and
computer costs. Although the child support needs lessened in
certain areas such as room and board, which falls within college
costs, arguably other necessary expenses may increase when a
child goes to college.

So what will Frank have to pay? In its ruling, Superior Court laid out that figuring support costs for college students should not be calculated using the Child Support Guidelines, as had previously happened in this case. According to wording of the court ruling, “When faced with the question of setting child support for college students living away from home, we reinforce the principle that resort to the Child Support Guidelines, R. 5:6A, to make such support calculations is error as a trial court’s review requires assessment of all applicable facts and circumstances and the weighing factors set forth in N.J.S.A. 2A:34-23a.”

Bottom line for parents who think their child support should be lowered now that their child lives at college for the majority of the year? Don’t just look to the Child Support Guidelines, but examine carefully how much it costs for your child’s day-to-day life at school, including everything from laptops to extra toothbrushes. This Superior Court ruling will be taken into account in other cases, so be prepared to gather cost estimates and fee information as part of filing for a recalculation.

How Do You Announce That You’re Getting A Divorce? Essex County Divorce Trials Back On! Now What?