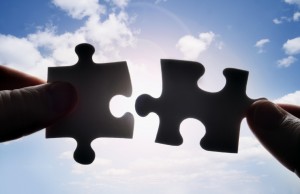 A bill passed by the New Jersey Senate Budget and Appropriations Committee last week has pushed the state one step closer to putting in place more precise rules outlining “collaborative divorce,” a method of divorce in which couples settle their matters out of court via a comparatively less expensive and less time-consuming process than traditional “divorce court” litigationhttp://www.weinbergerlawgroup.com/divorce/collaborative-law-divorce/ (for more, see “How Does Collaborative Divorce Differ From Traditional Divorce?“).

The bill, passed unanimously by Budget and Appropriations Committee members, outlines the process in which couples can have their marriage dissolved without court intervention. According to the NJ Law Journal, the Family Collaborative Law Act, S-1224, will now go to a full Senate vote.

Key provisions of the bill address the “dos and don’ts” of collaborative divorce, including:

The bill is co-sponsored by Nicholas Scutari, Senator from Union County, and Loretta Weinberg, Senator from Bergen County. An identical version of the bill, A-1477, is currently before the Assembly Human Services Committee.

For questions concerning divorce and whether collaborative divorce is for you, we encourage you to get in contact with Weinberger Divorce & Family Law Group to schedule an initial consultation.