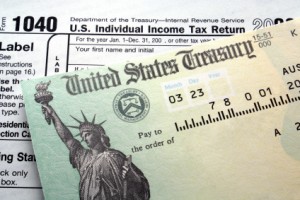 If this year marks the first time you are filing your taxes as a divorced parent, you may have questions about how issues such as child custody arrangements affect your ability to claim your children as dependents. Can you claim the kids even you don’t have primary custody? What about if you and your former spouse split custody 182 days each during the year — who gets to “write off” your child when the year is shared equally?

In answer to these types of tax questions, let’s take a look at IRS tax laws on the topic.

Custody Factors: In general, the parent with whom the child spends the greatest number of days during the year has the assumed ability to claim that child as a dependent when filing their taxes. Generally, if you and your former spouse went through separation or divorce in 2012, the custodial parent is the one with whom the child lived for the greater number of nights after you separated. According to the IRS:

If the parents divorced or separated during the year and the child lived with both parents before the separation, the custodial parent is the one with whom the child lived for the greater number of nights during the rest of the year.

In other words, if you separated in August, the clock starts ticking at this point for determining parenting time, although the period of time from August 1 through December 31 represents less than half the year.

Negotiating Taxes: Under current tax law, the IRS allows the custodial parent to sign a written declaration that he or she will not claim the child as a dependent for a particular year in order to allow the noncustodial parent to take the deduction (the noncustodial parent attaches this written declaration to his or her return). This opens the possibility for parents to negotiate, at the time they divorce or later, a schedule for taking the deduction in alternating years. The financial incentive of the tax deduction could also be a bargaining chip in other divorce-related financial matters or marital asset division.

As the IRS states:

The exemption can be released for 1 year, for a number of specified years (for example, alternate years), or for all future years, as specified in the declaration.

When Custody is Split 50-50: In some cases, parents split custody right down the middle, with the child spending an exactly equal amount of time with each parent over the course of the year. Who gets to claim the child in this case? According to the IRS, it’s the parent with the highest adjusted gross income (AGI):

Your son lived with you 182 nights during the year and lived the same number of nights with his other parent, your ex-spouse. Your AGI is $40,000. Your ex-spouse’s AGI is $25,000. You are treated as your son’s custodial parent because you have the higher AGI.

One last tax tip: If a child goes away on a special weeklong vacation with one parent that is outside of the normal parenting time arrangement, the IRS counts these days as time spent living with that parent.

How To Change Your Name Post-Divorce: A Check List Divorce Mediation: 3 Secrets of Successful Negotiation