You are here: Home1 / Blog2 / New Jersey Child & Parenting Issues3 / When Your Adult Child Is A Heroin Addict and Lives With You 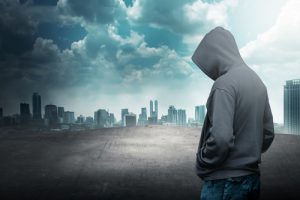 What are the repercussions for allowing your adult child with an opioid or heroin addiction live with you when you have minor children still in the home?

Is your child one of them?

Parents of adult children try their best to get help for their heroin or other opioid addicted children, especially if grandchildren are involved. But, there is a consideration that these parents may not be facing: and that is the possibility of the loss of younger children in the household, if they permit an addicted adult child to live with them.

In Staten Island, a court recently ruled that because heroin and other illegal drugs were found stored in various places in an apartment with a young child, that child could have discovered those narcotics and therefore was in danger. This, the court concluded, “posed an imminent danger to the [child’s] physical, mental, and emotional well-being.” And, even though the child’s mother lived elsewhere, she, too, was held to have neglected the child because, having frequently visited the home, she “knew or should have known about the accessible drugs.”

The article continues, “Well-intentioned parents, unwilling to abandon an addicted child or other relative to the streets, and desirous only of providing him with food and shelter, could easily run afoul of these legal principles. After all, if a drug abuser is living in one’s home, it’s reasonable to assume that the drugs he’s abusing are there too.”

Once the Division of Child Protection & Permanency (DCP&P, formally known as DYFS) finds that a child has been abused or neglected in the home, parents of that child face a long and tough road. The court, on the advice of DCP&P certainly has the authority to remove the child from the home and place him or her in foster care until such time as the parent shows the court that their child is no longer in danger being in the home and custody can be resumed.

Without question, the dilemma whether or not to throw your addicted adult child out of your home to protect your younger children is nothing short of painful. However, you must consider what is in the best interests of the child that depends upon you to provide them with a safe environment. Get your adult child into a treatment program as soon as possible. The National Hotline for any type of addiction is 1-800-662-HELP.

If DCP&P has contacted you or if you are in a legal battle with your child’s other parent regarding custody, parenting time or your parental rights, please contact us immediately to speak with one of our compassionate attorneys experienced in dealing with DCP&P and custody issues in New Jersey.

Grandparents: How do You Get Custody of Your Grandkids When Their Parents Are Addicts? 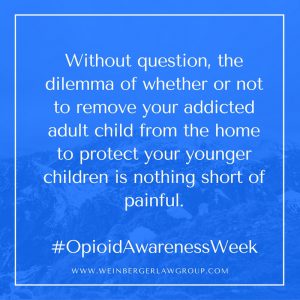 Addiction and Divorce: Even Brangelina?