You are here: Home1 / Blog2 / New Jersey Child & Parenting Issues3 / Grandparents: How Do You Get Custody Of Your Grandkids When Their Parents... 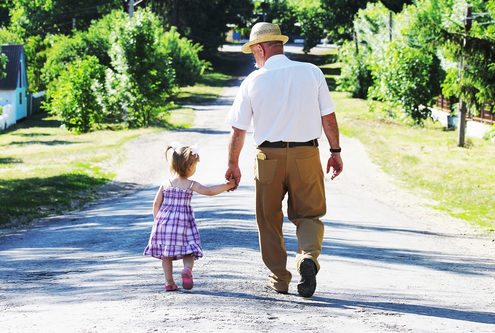 Who is often the only person capable of picking up the pieces when a child’s parents are addicted to heroin? A grandparent. Learn how more grandparents are taking custody of their grandchildren as a result of opioid and heroin addiction crisis facing families in New Jersey.

The United States has been battling an epidemic for a decade: heroin and other opioid addictions have been sweeping the nation, leaving death and devastated families in its wake. As the nation observes its first ever National Opioid Awareness Week this week (Sept 19 -23), it can’t be underestimated just how much this particular crisis hits home in New Jersey. According to recent statistics, the heroin addiction rate in our state is three times the national average.

While more and more New Jerseyans struggling with addiction, their families, especially their own children, witness the pain of the addictive behavior, and struggle with their own consequences of addiction. For many parents battling opioid addiction, adequately caring for their children can be almost impossible. Sometimes, the courts, spurred by investigations brought by the Division of Child Protection & Permanency (DCP&P, formally known as DYFS) rule that these addicted parents can no longer have custody of their children or even have any type of parenting time with them. While drug addiction alone should not be ground for losing custody, if a court finds that a child is in danger because of the addiction, the child can be removed and placed in foster care.

Take for example the NJ.com story of a 33-year-old Fair Lawn woman who was arrested last May after reportedly injecting heroin while sitting in a car with her children.. According to State Police reports, the mother was found unresponsive, and her three children, who were described as “unkempt” were in the backseat. Those children were taken into custody by the state. What happens to those children? Typically, DCP&P will attempt to have family or close family friends take custody of these types of kids before sending them to live with unknown foster families. As  a result, more and more grandparents are stepping in and taking custody of these children.

In a New York times article titled, “Children of Heroin Crisis Find Refuge in Grandparents’ Arms) from May 2016, “With the rise in heroin use, grandparents are increasingly raising their grandchildren because the parents are either dead, in jail, in rehab or otherwise incapable of taking care of their children.” The article also notes that, “Nationwide, 2.6 million grandparents were responsible for their grandchildren in 2014, the census shows, up 8 percent from 2000.”

In a recent piece for the Huffington Post, Bari Weinberger wrote about grandparent custody and the many legal options grandparents have when stepping in to care for their grandchildren, from foster care to legal guardianship to temporary legal and physical custody to formal adoption.

If you are living in New Jersey and wish to take custody of your grandchild because your child is struggling with addiction, speak to a qualified family law attorney. You certainly can file a request with the family court for custody or, if DCP&P is involved, you can work with them in order to be considered a viable temporary or possibly permanent caregiver for your grandchild.

But, don’t necessarily expect an easy road. The law has a strong presumption that parents should raise their children, and without an extremely compelling reason, the court may not consider your request for custody. The burden of proof will be on you, to show the court that your child is unfit to care for their child. And, you may experience strong resistance from your child to your request to have custody of your grandchild. If your adult child is willingly seeking rehabilitation and requests for the court to place the child in your care, the path to establishing custody is generally easier.

If you are interested in asking the court for custody of your grandchild because you believe that your child is not fit to care for them due to addiction, please contact us to schedule your initial consultation with one of our qualified attorneys experienced in child custody, grandparents rights and all other aspects of New Jersey family law.

Opioid Awareness Addiction Week: How Can Parents Get Help? 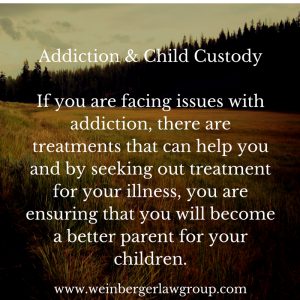 Opioid Epidemic Awareness Week: How Can Addict Parents Get Help? Addiction and Divorce: Even Brangelina?