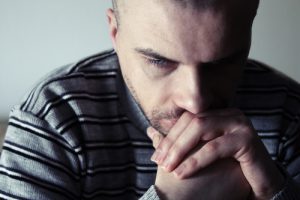 President Barack Obama has officially proclaimed Sept. 18 through Sept. 24, 2016 as Opioid Epidemic Awareness Week, a first ever awareness week to highlight prevention measures for the growing heroin and opioid crisis in the United States. According to White House officials, the week will be marked by Cabinet members and federal agencies coming together to educate the public about the epidemic that has spread to every corner of our nation, including New Jersey.

As a December 2015 article on NJ.com reported, “The statistics on New Jersey’s heroin crisis are staggering, and paint a picture of a crisis that spreads far beyond overdoses and deaths.” Since 2004, there have been 5,217 heroin-related deaths in New Jersey, and the heroin death rate in the state is more than three times the national average. And, there have been over 184,000 New Jerseyans admitted into treatment facilities for heroin or opioid abuse since 2010.

Many of those who are addicted are also parents. So what does this mean for child custody?

In New Jersey, drug use or abuse on the part of a parent, including opioids or heroin use, is not designed to be the only factor used by the system when terminating custody, though it can be a major one. What the courts take into account is whether the drug use results in an imminent risk of harm to the child. According to an article on WNYC.com, the Division of Child Protection and Permanency (DCP&P, formally known as DYFS) can come into a family’s life after one phone call to report a parent’s drug use. According to WNYC’s research, “Nearly a third of all children who enter foster care in New Jersey do so at least in part because of parental drug use. Often it’s only one of several factors, including parental neglect, homelessness or emotional or physical abuse.”

What do you do if you are addicted to heroin or other opioids and you have children in your custody? First and foremost, you need to get help for your addiction before DCP&P begins formal proceedings to remove your children from your care and custody. If you have already been contacted by DCP&P about your children and your addiction, it is imperative that you seek the advice and guidance of an attorney who is familiar with DCP&P and child custody in New Jersey. Even if you are not the custodial parent of your children, your rights to parenting time or your legal custodial rights could be affected or even terminated if your opioid or heroin addiction is seen to have harmed your children in some way.

For immediate assistance, contact SAMHSA.gov or call the national drug abuse hotline at 1-800-662-HELP. If you or someone you know is facing legal action by DCP&P or the children’s other parent, please contact us today to schedule an initial consultation with one of our qualified attorney experienced in the areas of child custody, parenting time and parental rights in New Jersey. 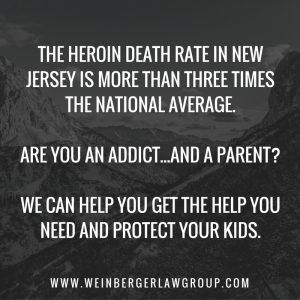 Life After Divorce: Don’t Get Lonely, Get Out There!

Grandparents: How Do You Get Custody Of Your Grandkids When Their Parents Are...