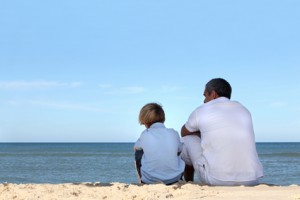 In our last installment of our ongoing blog series on common mistakes made during divorce, we looked at how Sharon’s aggressive approach impacted initial developments in her child custody dispute. Today we’ll see if our second subject, Jason, does any better.

At Jason and Melissa’s first mediation session with mediator Brian Calm, they sign the mediation agreement, listen to the guidelines set by the mediator, address the use of consulting attorneys, and review all of their issues. The mediator gives them a list of documents and information to bring to the next session. He also gives each of them a blank New Jersey Case Information Statement to complete, explaining that this will keep them on track in terms of gathering the information each of them will need to settle their case. He then encourages them to come to the next session prepared to discuss parenting plans.

At the second session, the mediator reviews the information and documents that Jason and Melissa have collected so far and gives them each a list of items they still need to obtain to fully address the financial aspects of their case. The rest of this session is devoted to trying to develop a parenting time plan. Melissa speaks first. She goes over the children’s current schedules and needs in detail and expresses her strong desire that they reside with her full-time. Jason feels himself becoming angry at what he perceives as an accusatory edge in Melissa’s delivery, and when it is his turn to speak he begins by telling her that he thinks she is being unreasonable and controlling. The mediator urges him to start again and to try to tell Melissa what he wants for the children from his heart instead of attacking her out of his own hurt feelings. Jason starts over, telling Melissa how much he loves their children, and how much he wants to stay involved in their lives. He gives her detailed information about his work schedule and explains what he thinks he would be able to do to spend more time with the children and contribute in a way that would not just give him “fun” time, but would also ease Melissa’s more mundane and challenging child-care responsibilities. Melissa can see that he has done a lot of serious thinking about his role as a father, and she begins to lose her defensive edge as they continue to discuss the future.

The discussion is not easy, and both Jason and Melissa get sidetracked by emotion several times, but at the end of two hours they reach an agreement that both are reasonably happy with. Jason will look for an apartment that is not too far away from the family home. Until they decide what to do about the family home, Melissa will continue to reside there. She will have four nights per week with the children and Jason will have three nights per week. The mediator writes up a memorandum summarizing the parenting plan and schedules the next session to begin discussing financial issues. He gives them two weeks to collect the rest of the necessary information and documents.

Jason’s ability to remain calm and approach the child custody situation rationally allowed him to work with Melissa to create a parenting plan that, while not ideal for him, still provides him with the essence of what he wanted, which was a substantial ongoing role in his children’s lives.

Would mediation be an effective choice for the issues you’re facing ? For a confidential analysis of your divorce or separate child custody matter, please contact us to schedule your initial consultation. Weinberger Divorce & Family Law Group offers both attorney and family law mediation services.

3 Mistakes to Avoid When You’re a Dad Going Through Divorce Will Drones Be The Next Tool Spouses Use To Spy?