You are here: Home1 / Blog2 / New Jersey Law - Divorce & Separation3 / Will Drones Be The Next Tool Spouses Use To Spy? 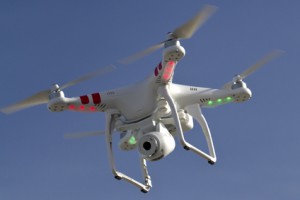 GPS tracker apps installed on smartphones, computer spyware, and hidden cameras. Is it time to add drones to the list of high tech surveillance tools spouses turn to in their attempts to confirm suspicions of marital wrongdoing?

As Bari Weinberger recently wrote in an opinion column for the Asbury Park Press, the reality of spouses using drones to spy on each other is already here, thanks to increasingly sophisticated commercial and so-called “hobby” drones made with such stealth features as high-res photo and video/sound devices.

Spouses might pilot the drone themselves to spy, or hire someone else to do the job. “Private investigators are also getting into the drone business by adding ‘drone surveillance’ to their offerings. In one case that made the news, a wife hired a private investigator to fly a drone over Central Park to capture photographic evidence of her cheating spouse’s tryst with his mistress,” she wrote.

Is spying with a drone against your spouse legal? As with other forms of “inter-spousal spying,” there is considerable gray area when it comes what constitutes an invasion of privacy within a married couple, especially if the two of you still live together. Likewise, federal wiretapping laws and the New Jersey Wiretapping and Electronic Surveillance Control Act — which regulate the privacy of stored, electronic communications, including the interception of internet and phone communications, and are often used to help define the legal limit of high-tech spying — have not yet been updated to include rules about what information drones are legally permitted to collect. Bottom line: it is far from settled whether evidence discovered this way is even admissible in a divorce proceeding.

However, even in this wild west world of drone law, if you do find out that your spouse is using drones as part of an all out effort to trace your every step, contact your attorney, or depending on the circumstances, law enforcement. While drone privacy laws may be lacking and spousal spying laws fuzzy at the moment, New Jersey provides very clear laws regarding harassment, stalking and trespass. In the event your spouse’s behavior rises to this level, you may be able to file not only criminal charges, but a specific type of civil charge called a marital tort, which could result in the payment of monetary damages if proven.

As drone laws evolve in the state, this will hopefully include more guidance on how this devices can — and can’t — be used to capture personal information. The complete text of Bari’s essay can be found here: Are Drones a Threat to Personal Safety? Don’t overlook privacy in regulation of drones.

Is your spouse spying on you? If you suspect or are aware that your spouse is spying on you, it is important to know your legal rights. To discuss spousal spying or martial tort, please contact us to schedule your confidential attorney consultation.