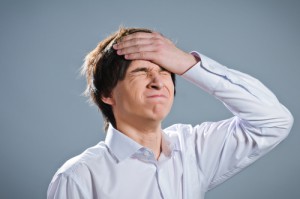 When a transition is as difficult as divorce, it’s understandable that you might want to pull off the band-aid as fast as possible. But rushing the process, or making decisions fueled by emotion instead of reason, may yield devastating life-long consequences. Both genders can make mistakes during dissolution but some are more common to men. Here is a list of divorce “don’ts” – and tips on how to avoid making them.

Believing judges always favor mothers. While this may have been true in previous years, New Jersey family courts now believe that fathers should have the same parenting rights as children. Gender is not a determining factor in custody arrangements; work schedules and participation in children’s activities are. Don’t settle for less parenting time than you deserve because of the erroneous assumption that fathers lose in court, and be prepared to litigate if needed to assert your parental rights.

Leaving the family home. Whether your spouse is pressuring you to move out, or you just can’t bear one more moment in an acrimonious environment, you must understand that once you move out of the house, you may not be able to reclaim it. Because the court is slightly more likely to grant a custodial parent the home, or the right to live in the home for some period of time following divorce, this could in turn impact the chances of receiving the property in the equitable distribution. For these reasons, it may not be a good idea for a father who wants to have joint custody or shared custody of children to move out of the family home during the divorce. At the very least, the couple should have a sound temporary parenting plan in place prior to the move.

Letting anger hijack reason. Acting out of spite, or a desire for revenge, will inevitably backfire. You will look unreasonable and out of control. Screaming at your spouse in public, sending invective-laden text messages, or of course, any kind of verbal or physically threatening behavior, could affect your divorce settlement and custody arrangement. If you’re struggling to keep your emotions in check, see a divorce therapist or psychiatrist to get help.

Flaunting a new girlfriend. Whether another woman was the trigger for your divorce, or you met her after you separated, take heed: making your wife feel as if she’s been traded in for a newer model, or that your girlfriend is going to replace your kids’ mother, could turn a relatively amicable divorce into an ugly, expensive one.

Letting yourself be manipulated. If your wife is an emotional terrorist, you must stand your ground. Giving manipulative people what they want doesn’t work – at least for very long. Why? Because getting the custody arrangement or financial settlement they demand isn’t really what they’re after. Staying psychologically entangled with you is. Don’t make the mistake of thinking that anything you do will stop her from bad-mouthing you to the children, or from taking you back to court. It’s imperative that you stand up for yourself and set your boundaries. Succumbing to her drama will only show her that she can control your life.

Agreeing to a bad settlement just to finalize the divorce. While no one wants to prolong the financial and psychological stress of divorce, operating from an “I just want it to be over!” mentality will likely cause regrets. Financial settlements are forever and custody is hard to modify. So don’t let guilt or fear keep you from a divorce you can live with in the long run.

Need help with your divorce? Have questions about father’s rights? Our experienced attorneys are here to help you protect your interested. Please contact us today to schedule your confidential consultation. Should I Stay Or Should I Go? Top Things People Consider When Leaving A Mar... How To Stay Married: 8 Dos and Don’ts