You are here: Home1 / Blog2 / New Jersey Law - Divorce & Separation3 / Divorce And Social Media: Why What You Post Can Come Back to Haunt You 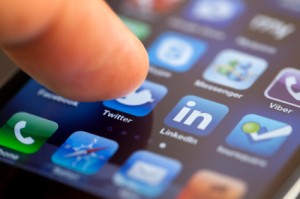 Your fondness for posting vacation photos on social media platforms may come back to haunt you during a custody battle. At least, that’s what happened to a psychiatrist in New York in 2015. After she and her husband split, she posted Facebook photos of herself enjoying the sights in Italy and Boston. Her husband claimed these pictures were evidence that her traveling schedule kept her away from home too often and that he, the primary caregiver for their 4-year-old son, should be awarded full custody. The judge ruled that the wife’s social media profile should be allowed as evidence and ordered her to release her login information.

This story demonstrates how even the benign use of social media can have potentially devastating consequences in custody proceedings.  With most people having at least some social media footprint, divorce cases like this one are likely to become more frequent in family court. Here are some social media do’s and don’ts to consider when going through divorce.

Tell your attorney if you have anything on social media that’s dicey. Examples include photos or descriptions that are sexually provocative or show bad judgment, i.e. photos of you smoking near your kids. If you’re up front with your attorney, he or she can advise you on the impact of your social media profile on your divorce case.

Pay attention to what your ex posts online. While you should not be a spy, if you believe that your ex is making more money than he claims, it may be worth looking at his social media profiles. You may be able to find evidence that supports your request to modify child support, i.e., Instagram photos of a new sports car.

Don’t say anything negative about your ex online. Speaking ill of your ex is much more likely to hurt you, and your children, than your former spouse. After an Augusta, Georgia woman launched a social media smear campaign against her ex-boyfriend, the judge awarded the father primary custody, saying the mother’s actions were detrimental to the children.

Don’t post photos of yourself with your new paramour. Wait until your divorce is final before going public with the new person in your life – especially if he or she was the cause of the divorce! Hell hath no greater fury than a spouse scorned.

Don’t post anything that calls your parenting into question. Not only does this include obvious gaffes such as photos of yourself partying with your children, but it also includes making reference to your prescription medication for depression or your sexy selfies.

The takeaway? Freedom of speech is a constitutional right, but be aware that what you say on social media can hurt you!

Have social media issues come into play in your divorce or family law matter? Our experienced attorneys know how to help. Please contact us to schedule your confidential consultation. 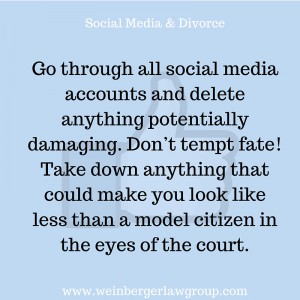 Post-Season Financial Preparedness: Who Owns the Holiday Gifts? Decided to Divorce? Four Questions to Ask Yourself Before Moving Out of the...