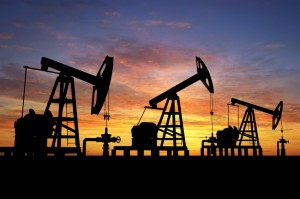 But not if Hamm has anything to do with it.

The billionaire, who never signed a prenuptial agreement, is making a bid to protect his high net worth with a little known aspect of marital asset division called active vs. passive assets.

While most divorcing couples won’t need to worry about having so many zeroes at the end of their divorce settlement, understanding the concept of passive vs. assets can come in handy, especially when property/real estate assets are at stake.

Suppose one spouse purchased an undeveloped piece of property worth $150,000 at some point before getting married. The property remained undeveloped during the marriage and was appraised at the time of divorce for $300,000. Since the appreciation in value was solely due to market conditions, in the eyes of the courts, the land, as a piece of personal property, is considered a passive asset that is NOT subject to marital division.

Now take the same land purchased before marriage and let’s say the spouse had an office building put on the land after marriage, or leased the land to a strip mall developer. The land, purchased for $150,000, is now worth over $1 million dollars because of how it’s been developed. In this case, a judge will likely find the asset to be an active one, which means it will be subject to normal marital asset division under the rules of equitable distribution.

In Hamm’s case, he claims that Mother Nature deposited oil thousands of years before he bought the land that would form the basis for his oil empire (he bought the land before marriage). The rise in the worth of the land, therefore, was not his doing — he was just lucky. In his view, the oil fields should be considered a passive asset.

On the other hand, his wife’s legal team is using Hamm’s own words against him. In press interviews given over the years, Hamm has often touted his smarts and savvy about how to maximize oil extraction and pioneering the controversial use of oil fracking. According to Sue Ann’s side this is clear admission that he worked to improve on his asset, thus making the oil fields — and the billions they produce — an active asset subject to division.

In Hamm’s case, who’s in the right? The decision of whether Hamm’s oil fields are a passive or active asset is now in a judge’s hands. It’s newsworthy, not just because of the money involved, but because of what this might mean for other spouses attempting to passive vs. active assets as a way to protect investments in a divorce.

Questions to Ask a Divorce Attorney During an Initial Consultation Join Us For Family Law Tuesday, Our LIVE Facebook Q&A Chat!