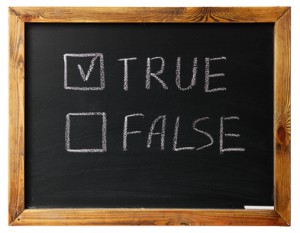 Made the decision to divorce in 2015, or already in the thick of the process? Before you go one step further, here are five important “need to know” truths about getting a divorce in New Jersey.

No One “Wins” A Divorce Case
Many people begin their divorce hoping to “beat” their spouse in court or “take them to the cleaners” when it comes to marital asset division. For the sake of your sanity — and your settlement — it’s best to let go of this mistaken notion as early in the divorce process as possible. The truth is, New Jersey family law (which governs the rules concerning divorce) is intentionally written to make sure both spouses can walk away from their marriage with the fairest, most equitable settlement possible.

A better outlook to have as your divorce begins? Focus on arriving at a settlement that puts you in the best position possible for your future, not one that punishes someone for the past.

You Are Getting Divorced, Not Your Kids
Ending your marital relationship with your spouse can be full of intense emotion, including rage, bitterness and jealousy. Your children — who are NOT ending their relationship with their other parent — deserve to have their feelings for both of you respected and protected as much as possible. This is often not an easy thing to do, but for their sake, try your best not to argue in front of them or speak negatively about their other parent when he/she is not around. As numerous psychological studies have shown, the more parents fight during a divorce, the more damaging the whole process is to the children.

Additionally, unless there’s a history of abuse or neglect, understand that your children will continue to have a relationship with their other parent, including spending time with their parent alone (via child custody parenting time). No matter how upset you are with your spouse, avoid doing anything to discourage or interfere with a healthy parent-child bond.

Divorce Court is Not All It’s Cracked Up to Be
Maybe it’s because of all the judge shows on TV, but a real mistaken notion has taken hold that going before a judge in “divorce court” is the fastest, easiest way to get divorce over and done with. In truth, it’s the exact opposite! Going to court, rather than negotiating and settling on your own, can drag out the time it takes to divorce in New Jersey from a matter of months to several years, depending on the circumstances. Time spent going to court also means spending more money on divorce. Also, in case you have missed it in the news, judge shortages across New Jersey are rampant, which translate to delays or even trial date postponements. Yes, there are some divorce-related issues that are absolutely better settled in court. However, the simple truth is that most divorces can be successfully negotiated without setting foot in a court room.

Honesty Really is the Best Policy
Before you fudge any numbers on your financial forms, understand that if you are caught, the potential penalty for hiding assets (or obfuscating the value of known assets) is just not worth it. The easiest way to put yourself at a disadvantage for hanging onto a marital asset? Lie about it. If you’re still on the fence, please see our further reading on the topic: Why Hiding Assets Is Not An Option.

Be Careful Accepting Divorce Advice from Friends & Family
Your best friend just got a divorce last year and is eager to tell you all the ins and out of the process. Only problem? The friend lives in California, which has some very distinct and different divorce laws from New Jersey. For example, the friend might encourage you to go down to the courthouse to file for legal separation when — guess what? — New Jersey doesn’t recognize legal separation. If your divorced friend lives in New Jersey, the advice still might be off, depending on the types of issues he/she dealt with versus those involved in your situation.

Friends are well-meaning and a great source of support. But here’s a divorce truth to never forget…

No matter what, no two divorces are ever exactly the same.