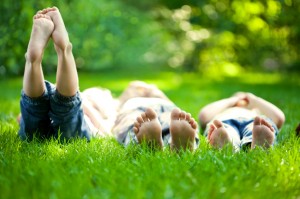 Today’s blog post is part of our special series on prenuptial agreements and marriage running throughout the month of May. Please see previous posts in the series: 8 Common Items in Prenuptial Agreements and Are You Ready for the Legal Changes Marriage Brings? Check back soon for more!

On the first Tuesday of the month, we host a special Facebook Family Law chat inviting our WLG Facebook community members to ask their questions concerning divorce and related family law issues. During this month’s chat, we received a great question pertaining to prenuptial agreements and whether or not prenups in New Jersey can include language regarding child support and child custody for any children the soon-to-be spouses may have together.

Here’s the question: After I read your article on pre-marriage agreement I was wondering if similar prenup agreements can be drafted/signed with soon to be spouse as it relates to possible child custody in case of future split, assuming there will be children in that union. Basically if terms of child custody can be documented prior to children even being born. Thank you.

Here’s our answer: In New Jersey, the law concerning what prenuptial agreements can and can’t address makes it very clear that child custody arrangements (and child support agreements) are not allowed for inclusion. The underlying reason for this pertains to the state’s “best interests” clause in regards to determining child-related matters. In New Jersey, the courts hold that a child’s “best interests” can only be determined at the time a custody/support order is sought (or a modification request is made), not beforehand.

If the spouses-to-be make an agreement about yet-to-be-born children and then divorce, there is a risk that whatever agreement they came to before marriage would not be in the best interests of the child. For example, if a prenuptial agreement called for one parent to retain sole custody, but that parent was determined to be unfit at the time the custody was sought, it would create another layer of legal wrangling. This is why the courts don’t allow it.

There is another issue at play when it comes to child support. In New Jersey, child support is ordered in the name of the child, not the adult parent. It is considered outside legal bounds to have an agreement between two parties include stipulations for a third party, even if that third part is the couple’s child.

Bottom line, this is a great question — and a common one we hear from clients thinking about a prenup. The confusion probably arises because New Jersey prenuptial agreements can address spousal support issues.

What do you want to know about prenuptial agreements? Leave us a comment below or ask us at our next Family Law Tuesday, held June 2nd on Facebook.

You Are Invited! WLG Announces “Family Law Tuesday” Facebook Q&... What Happens When One Spouses Refuses to Take Part in the Divorce?