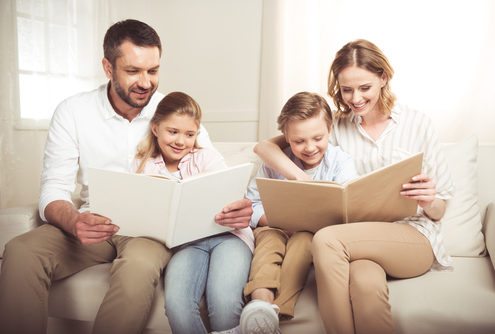 In child custody disputes, the courts will always put the best interests of children first in awarding parenting time and legal/physical custody. This usually means dividing a child’s time between their biological or adopted parents. But not always. What can happen when it’s a stepparent who is pursuing custody? Here is the story of one stepfather who gained custody of his stepdaughter and the steps he took to get it.

When Mark began dating Karen, he immediately became a surrogate father to Daisy, Karen’s three-year-old daughter from a brief marriage. Daisy’s biological father Kevin had difficulty holding a job, and often didn’t show up for visitation.

Mark and Karen got married when Daisy was five. Karen worked as a pharmaceutical executive; her hours were long and she traveled frequently. Because Mark’s job as a web developer enabled him to work from home, he handled many of the child-rearing tasks: taking Daisy to school and after-school activities, overseeing homework, preparing dinner, and making sure she picked up her toys and learned to make her bed.

Mark loved kids. Before they married, he told Karen he wanted to have a child with her, and she agreed. But as the marriage wore on, Karen changed her mind. She didn’t want the physical demands of pregnancy and raising an infant to slow her down at work; she told Mark she was no longer willing to have a child with him. Mark felt that Karen violated their agreement and filed for divorce.

Because Mark hadn’t adopted Daisy, he had no legal rights to her, and Karen refused to let him see her. Mark was devastated; he had raised Daisy as if she were her own and he knew she needed him. He also strongly believed he was the best parent for her; Karen was often distracted and Daisy’s father Kevin was unreliable. Mark hired a divorce attorney to advise him on the necessary steps to gaining custody of his stepdaughter.

File a motion to gain custody. Mark’s attorney helped him file a motion in family court to gain sole custody. With the attorney’s help, Mark wrote a declaration listing the reasons he believed it was in Daisy’s best interest to reside primarily with him. Mark stated that Karen was an absentee mother, and that he had been responsible for Daisy’s daily routine as well as overseeing her medical care, schooling, and extracurricular activities. Mark also stated his concern for Daisy’s well-being while in Kevin’s care, since he often didn’t show up for visitation. Mark concluded by writing that he was Daisy’s primary attachment figure and that it was damaging to her to be denied a relationship with him.

Custody Evaluation. After the judge ordered a custody evaluation, a forensic psychologist completed a comprehensive assessment of each parent’s ability to care for Daisy. The evaluator interviewed collateral witnesses who had observed each parent interacting with Daisy. He also administered psychological testing on each adult. The findings revealed traits of narcissism in both Kevin and Karen, while Mark’s testing showed no clinical pathology. The collateral witnesses reported that Karen and Kevin struggled to set limits and interact appropriately with Daisy, while Mark had strong parenting skills and Daisy seemed happiest in his presence. The evaluator concluded by recommending that Mark be awarded primary custody, Karen granted unmonitored visitation on weekends, and Kevin monitored visitation twice a month.

Trial. Kevin agreed to the evaluator’s proposal, but Karen did not, so the case went to trial. [Had Karen agreed, the pair could have used mediation and avoided court.] Karen appeared openly hostile towards Mark and appeared more concerned with her rights to her child than Daisy’s best interests, while Mark remained composed and clearly focused on what was best for Daisy. Based on the findings of the custody evaluation and the testimony of both Karen and Mark, the Judge awarded primary custody to Mark. Karen was awarded weekend visitation on the condition that she attend therapy and parenting classes.

When determining custody, courts focus on protecting children’s best interests, not the parents’ rights to their children. In this case, the stepparent was awarded custody over the biological parent because he was deemed the most fit to care for the needs of the child – even though that child was not biologically his own.

Do you have questions about stepparent custody? Our family law attorneys can help. To schedule your initial confidential attorney consultation, please contact us today.

Are You A Psychological Parent To A Child? What This Means For Custody…

Will You Make Any of These Mistakes in Your Divorce? Investigating Parent Addiction In Child Custody Disputes