You are here: Home1 / Blog2 / New Jersey Child & Parenting Issues3 / Kids And Divorce: Are You A Psychological Parent? 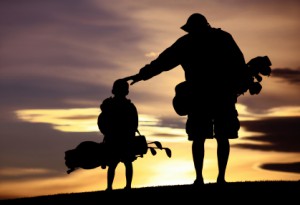 There is an interesting theory in New Jersey family law—that of the psychological parent. In today’s world, there are all different types of families. The “blended” family is becoming more and more common since the days of The Brady Bunch. Many moms and dads remarry, creating stepparents and stepchildren; half siblings and stepsiblings. Same-sex couples have children, where one of the couple is the biological parent and the other is not.

When a third person, not the biological mom and dad, takes an active role in the life of a child, he or she can become what is known as a “psychological parent.” Does this describe you? One of the leading cases regarding psychological parenting was V.C. v. M.J.B. In that case, a same-sex lesbian couple battled over twins born to M.J.B. during their relationship. V.C. and M.J.B. lived as a family for two years, and when the relationship ended, V.C. sought help from the court to remain in the children’s lives. The appellate court denied V.C. joint legal custody, but did send the case back to the trial court to determine a parenting plan for V.C. with the twins, finding her to be a psychological parent to them.

If you are interested in being deemed a psychological parent of a child, or if you have any other family law issue, please contact us to schedule your initial consultation with one of our experienced family law attorneys. 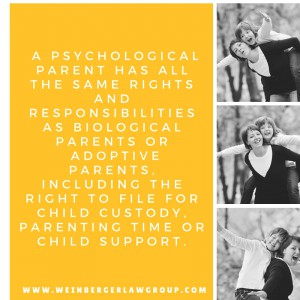