You are here: Home1 / Blog2 / Divorce - Family Law3 / What Happens to Your Inheritance in a Divorce? 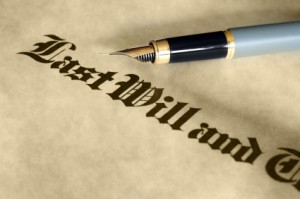 Anthony’s mother passed away in 2005, and his father in 2007. As an only child, Anthony’s parents willed their estate to him upon their deaths. Though he had known this day would eventually come, when Anthony received his parents’ house (and its contents) and their remaining cash savings, he wasn’t quite sure what to do with them. Since the savings account was in his parents’ names, he had the money withdrawn and simply deposited it in his own account, a jointly-held account he and his wife had had for years. Next, he pre-paid that year’s taxes on the house, which he did by writing a check from his checking account, again a jointly-held account with his wife. Some of the most sentimental items from his parents‘ house, he decided to put in his own home.

For the next few years, Anthony didn’t think too much about the house. He kept paying taxes on it from their joint account and used it mainly as a vacation home for his family (the house was in an oceanside community). From the money he had inherited, he used some of it to pay for a new family vehicle, but otherwise it was left untouched in the joint savings account.

By 2010, Anthony and his wife had begun experiencing serious problems in their marriage. In late 2011, they decided to divorce. When Anthony and his lawyer met with his wife and her attorney, he was shocked to find out that she was claiming his parents’ house and inherited savings as marital property to be divided.

So the question is…Does the wife have a legitimate claim, or is Anthony the sole owner of the assets that had been specifically willed to him by his parents?

The answer may largely depend on Anthony’s behavior after he received his inheritance.

As the law in New Jersey is written, if either party receives an inheritance during the course of the marriage, that inheritance is deemed their separate property. Essentially, the same rules apply for inherited property, as premarital property. For example, if you owned a boat before you were married, that boat remains your personal property after you marry. Likewise, if you inherit a boat after you marry, the boat is still your separate property.

But there is a big “however” to all this. As attorney Bari Weinberger writes in a FAQ for Divorce Magazine (“If I file for divorce, how can I protect certain assets from my spouse?“):

In Anthony’s case, there are a number of reasons why he may have a difficult time rebutting his wife’s claim. Placing his parents’ cash in a joint account with both their names on it and using some of the money on a family car driven by both of them seems to imply that the money was intended to be shared. Muddying the waters with the house is Anthony’s habit of paying property taxes using money from a co-mingled account. It sounds like his wife may have a pretty strong claim here.

What property will Anthony probably not need to fight over? Those family heirlooms he brought into the home. Courts are usually loathe to become involved with the division of these types of assets. Generally, if either party received family heirlooms from their family during the course of the marriage, in the division of the parties’ property they should be entitled to receive that property as their own.

Finding Your Spouse’s Hidden Income How Will New Tax Rules Affect Your Divorce?