You are here: Home1 / Blog2 / Divorce - Family Law3 / Palimony: Even If He Promised You the Moon…Get it in Writing! 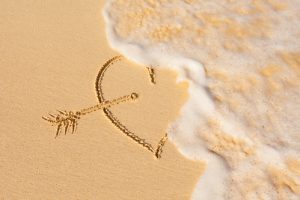 To be or not to be…many couples today are opting to not be married, but still maintain close, monogamous relationships, even with children. The somewhat antiquated notion that couples have to be legally married in order to legitimize their relationship has largely gone by the wayside in our more modern society. But what if you have decided to give up your career, have children and become a stay-at-home parent at the request of and with the full support of your significant other? If you two separate, will your ex be obligated to financially support you? Can you divide assets?

Palimony began decade ago with the now famous Lee Marvin case. In that situation, Hollywood actor Lee Marvin, according to his longtime girlfriend, Michelle Triola, promised to support her for the rest of her life. She was unsuccessful in this lawsuit because the court felt that she did not prove a contract between her and Mr. Marvin.

Here in New Jersey in 2016, in order for someone to be eligible for palimony, a formal contract or agreement needs to have been executed. In order for this agreement to be deemed valid, each party must have independent counsel review and advise them regarding the agreement. During a traditional New Jersey divorce, alimony is typically paid in weekly or monthly installments. Palimony, on the other hand, is paid in a lump sum amount. While alimony is based upon marital obligations, palimony is a purely contractual promise to provide on-going support upon the conclusion of a relationship.

In fact, while many states do not have laws on the books regarding palimony, New Jersey enacted such a law in 2010. That law clearly states that palimony agreements MUST be in writing in order to be enforceable. In a very recent Bergen County case, a superior court judge ruled that that law is constitutional and did not violate due process or free speech rights. The court stated, “In enacting the palimony law, the New Jersey legislature sought to have parties memorialize their contracts in writing and reviewed by counsel.”

Owning Property Together: If you own or plan to acquire property with your live-in partner, or if you want to give your partner ownership rights in property that you own separately, you can use a cohabitation agreement to clarify how you would divide such property if your relationship comes to an end.

Parenting Children: Although parents cannot make future custody arrangements that would be binding in court, other agreements they make sometimes impact future child custody or visitation rights. If you and your partner have children together, or if both of you are caring for the biological or adopted child of one partner, seek advice from an attorney regarding how a cohabitation agreement or a domestic partnership agreement might impact your future parental rights.

Pet Custody and Care. As difficult as it is for many loving pet-owners to believe, pets are considered property in New Jersey. This means that couples who own pets together can decide ahead of time which partner the pet will live with after a separation.

If you are contemplating living with your partner and want more information regarding your rights and responsibilities when you cohabit, please contact us today to schedule your initial consultation with one of our qualified family law attorneys experienced in cohabitation and palimony.

Who Says It Was An Agreement? When Palimony Becomes a Case in New Jersey Divorce in Haste; Repent at Leisure