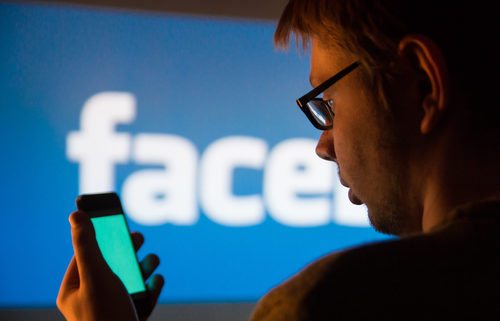 The New Jersey family court in Morris County recently confirmed what many states have already permitted: using Facebook and other social media as a way to serve legal papers. Is serving your spouse with divorce papers only a click away? Read on to find out how the new ruling could apply to you…

Serving divorce papers via Facebook was permitted for the first by a New York court in 2015. In that case, Baidoo v. Blood-Dzraka, the New York family court found that a husband had no address, no traceable employment and therefore could not be served with a summons and complaint for divorce by traditional means. The court allowed the wife to send the divorce papers in a private message on Facebook with an email as a backup.

But, in order for the court to allow the wife in Baidoo to use email and Facebook as a way to get her husband the complaint and summons, the court had to analyze three issues: 1. Was the Facebook account to be used for service actually the husband’s account? 2. Was the husband on the account enough to be able to receive the paperwork and respond to them if he so chose within the time frames found in the court rules? 3. Is a backup means of service required in this case? As indicated, the judge did order that the wife email the paperwork as a backup to the Facebook service.

In this newest New Jersey case, Axberg v. Langston, Judge Stephan C. Hansbury allowed, in a novel decision, allowed service of process in a post-adoption matter through either personal service or through Facebook. Plaintiffs in the case are parents of a teenage son adopted at birth. The defendant, an unknown man to the parents or the child, friend requested the teenager and then the father in November of 2015 on Facebook and on Instagram. He then told the son that he was his natural father and proceeded to post stolen pictures of the teenager on his Facebook along with other children he claimed were siblings of the teenager. The parents grew alarmed and wanted an injunction in the form of a restraining order against the man that kept him from contacting the family again.

The court looked at the three-prong test that was looked at in the Baidoo case. The judge was comfortable that the account was owned by the defendant by looking at photographs and messages by friends as well as seeing that he was being tagged by friends in various photos on his Facebook page. He also looked at the frequency of defendant logging into his page and also being active on his page as evidence that he was on Facebook regularly. Lastly, as to whether or not the plaintiffs should use another means of service, such as email, to supplement Facebook service, the judge did not find that another way of service of the injunction was needed. This is the first case known in the United States where Facebook, on its own, was seen as sufficient to serve court papers on its own.

The law firm hired by Plaintiffs served the documents via their own Facebook page so as to avoid any contact between Plaintiffs and Defendant. The message showed the date and time it was sent and a response from defendant that stated “I will see you in court” was provided to the court as proof that he had indeed received the papers. Defendant later appeared in court via telephone and a final restraining order was entered against him after a hearing, which bars him from any further contact with the family.

In the age in which we live, so many of us rely on social media and other electronic forms of communication. Just ten years ago, it was unheard of to serve process via email. Now, email is considered a more dependable form of process service than Facebook, Instagram or other social media. However, it appears as though there will continue to be a movement towards the service of court papers being permitted on social media and that this type of service will become more and more mainstream.

If you are contemplating divorce or need to serve family court motions but do not have the defendant’s mailing address or work location, please contact us to schedule your initial consultation with one of our qualified family law attorneys who can discuss your options for proper service of due process. Becoming A Legal Guardian To Your Adult Child With Autism

When Kids Witness Domestic Violence, Is It Child Abuse?