You are here: Home1 / Blog2 / New Jersey Law - Divorce & Separation3 / Legal Service Via Social Media: Can You Serve Your Spouse For Divorce…On... 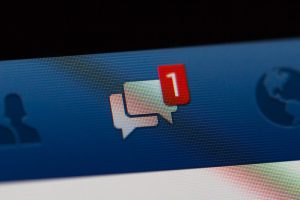 It may be more common than you think: many spouses who wish to file for and obtain a divorce here in New Jersey simply do not know where their spouse is. Perhaps they went out for cigarettes and never came back. Or, maybe the couple has not lived together for many years and only now one of the spouses is looking to be formally divorced.
Whatever the situation, not knowing where your spouse is located can make for difficult service of the divorce paperwork. Could Facebook be an option for tracking down and serving divorce papers to hard to find spouses?

The rules regarding how you serve the papers must be followed properly in order for you to obtain your divorce. Here in the Garden State, a spouse seeking a divorce can ask the court for permission to use an alternative method of service, rather than the traditional method of in-person delivery of the divorce papers by a professional process server or a sheriff, if their spouse has no known address. This is usually done through “substituted service” on a third party who can give the papers to the missing spouse or thru publication of the divorce suit in a local paper. Before the court will allow this type of alternate service, however, the spouse who filed for the divorce must show that he or she diligently searched for their husband or wife. This can be done by sending letters of inquiry to their spouse’s family and friends or employers, through a Division of Motor Vehicles search, a military and/or a post office inquiry.

In today’s day and age, more and more people are asking the courts for permission to notify their spouses of the divorce through even more unique methods, including Facebook. According to the Noel B. V. Anna Maria case decided in New York, there are no geographic limitations on Facebook. And, at last count, Facebook has a billion active daily users. The New Jersey rule regarding proper service states that if service cannot be made by any mode provided for in the court rules, the court can order another method, just as long as that method is consisted with due process of law. Due process requires that any method of service that the court may come up with must be reasonably calculated to notify the spouse that there is a divorce filed and, therefore, a lawsuit against that person.

In Baidoo v. Blood-Dzraku, another case from New York, the court allowed Facebook service of process after the wife proved it was, indeed, her spouse’s account. She showed the court Facebook messages between her and her husband and she identified photos of him on his account. She also proved that her husband logged into the account fairly frequently which was important, because the court ordered that she post the notice of the divorce three times, at weekly intervals.

So, would you be able to serve your spouse on Facebook?

Take for example, John. John’s wife left him after a four-month marriage and returned to her hometown in Texas. She did not leave any forwarding address. John searched the post-office, the military, DMV and voter registration. He wrote to her parents and her sister asking if they knew where she was living. He received no response. John does, however, see his wife frequently on Facebook. Her account does not list where she lives, but she is constantly uploading pictures of herself and her new boyfriend. He has sent her messages on Facebook, but she has told him she is not interested in speaking with him. If your situation is similar to John’s you may be able to serve your spouse on Facebook, with permission from the court.

A much different situation exists with our friend Amy. Amy and her husband separated ten years ago, but she recently filed for divorce. She knows that her husband has been living with his parents since they separated and she sees him frequently on his way to work, because he catches the bus from the bus stop in front of her house. Amy does not want to pay for the divorce papers to be served personally upon her husband, so she wants to be able to serve him via Facebook. If your situation is like Amy’s then you will most likely not be able to use Facebook as a means of service; if you know where your spouse is located, you must use the traditional methods for getting him or her the papers.

If you are considering filing for divorce, or if you have filed and are unsure where your spouse is located, please contact us to find out your options and get some advice from our qualified and experienced family law attorneys.

Divorce in Haste; Repent at Leisure