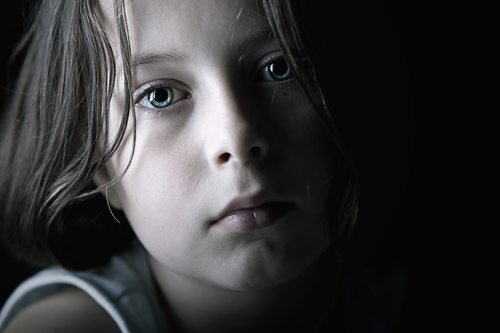 Witnessing violence in any form can leave a lasting negative impact on a child — and when children live in homes where domestic violence, including physical abuse, is a frequent occurrence, the consequences can be dire. What can we do to protect young bystanders to spousal or intimate partner violence, and where does the law in New Jersey currently stand with regards to children living in violent or abusive homes?

For guidance on what can happen when children are witnesses to domestic violence, let’s consider the landmark Kinsella v. Kinsella case from 1997. In that matter, the father was physically and emotionally abusing the mother and had threatened to kill her on more than one occasion. Ms. Kinsella had indicated that she lived in constant fear of her husband; so much so that she had attempted suicide on more than one occasion. Mr. Kinsella had beaten his wife, thrown objects at her and, on one occasion, tried to run her over with his car. Tragically, most of these incidents occurred in the presence of the Kinsella’s two children.

Ms. Kinsella told the court that her husband had also physically abused both of their children on a number of occasions. And, while Mr. Kinsella admitted to some of the abuse of his wife, he denied abusing his children.

In the Kinsella judgment, the court decided that the children were indeed unsafe living in the same house as Mr. Kinsella and granted custody of the kids to Ms. Kinsella basing the decision on the “best interests” standard used by all courts across the state. The court also found that the significant history of domestic abuse in the home was critical to their determination that the mother should have sole custody of the children, with Mr. Kinsella not even permitted to participate in decision making for them.

The theory of neglect (or abuse) in New Jersey is typically used within the Division of Child Protection and Permanency (DCP&P, formally DYFS) and the courts that handle DCP&P cases. An abused or neglected child is actually defined under New Jersey’s Title Nine statute and abusing your spouse or partner in the presence of your child could certainly be seen as neglect under that statute. Title Nine states that a child “whose physical, mental, or emotional condition has been impaired or is in imminent danger of becoming impaired as the result of the failure of his…guardian…to exercise a minimum degree of care” is neglected.

Without question, abusing your child’s other parent can and should be seen as a threat to the child’s emotional condition. It is also important to note that you also risk losing custody of your child if you are the abused partner, but do not take steps to remove, at the very least, your child from the abusive situation. It is crucial that you take immediate steps to protect your child  from what can be viewed as abuse or neglect. It is also of the utmost importance that you seek safety for yourself and your entire family. Get help and if you are in an emergency situation, call 911.

There are several organizations that can assist you throughout the state, including Alternatives to Domestic Violence in Bergen County and the New Jersey 24 Hour Domestic Violence Hotline which can be reached at (800) 572-7233 (SAFE). If you suspect that a child is being abused or neglected, contact DCP&P at (877) NJ-ABUSE. DCP&P works with organizations such as CASA, a nationwide organization which provides court-trained volunteers to ensure that children placed out of the home do not languish in foster care or in inappropriate placements.

CASA joins in the fight against child abuse yearly during April which is National Child Abuse Awareness Month. Join us as we GO BLUE for CASA this April 7 to raise awareness of child abuse and neglect in New Jersey and across the United States. 5 Sensitive Pieces Of Information You Should Always Share With Your Divorce...