You are here: Home1 / Blog2 / Divorce - Family Law3 / Custody Battles: How Bad Could It Get? Part II 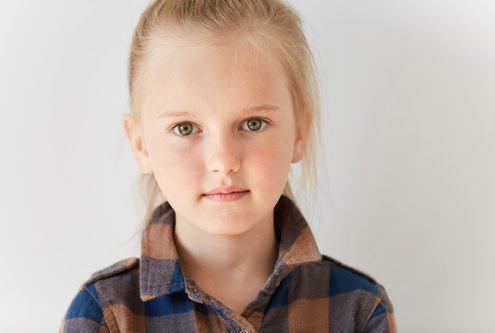 In Part I of Custody Battles: How Bad Could It Get?, we learned how conflicts over religion and in-laws led to the unraveling of Jake and Abby’s marriage and launched a custody battle. Jake declared that Abby’s desire to raise 5-year-old Max was confusing their son. Abby alleged that Jake didn’t really want more time with Max and was going to hand him over to his meddlesome mother. The judge ordered the couple to share custody and resolve their issues in therapy — a tall order indeed. What happened next?

Max began weekly individual therapy with Lindsay, a psychologist specializing in play and art therapy. Lindsay spent the first two sessions developing rapport with Max, who was so anxious that he sat frozen on the couch instead of diving into boxes of toys or picking up crayons to draw pictures.

Lindsay was concerned that Max blamed himself for his parents’ and grandmother’s anger about the divorce. He knew they were arguing over whether he should be Christian or Jewish, and he was afraid of doing anything that might be perceived as taking a side. This anxiety bled over into the rest of his life. He was afraid of doing or saying anything that would make an adult mad.

Lindsay gently explained that therapy was about Max and not the grown-ups in his life. It was a safe space for Max to explore his feelings, and say whatever he wanted to say without judgment or pressure. She introduced him to Sand Tray therapy, a technique that allows young children to express feelings that are too complex to verbalize.

Max began to love sitting next to the big table of sand filled with miniature toys and figures. With Lindsay’s guidance, he was able to break through his perfectionism and use the toy figures to “act out” the trauma he experienced being caught between warring adults. He also got to explore solutions to his problems by putting the figures in different scenarios and role-playing how each of them spoke to each other.

Eventually, Lindsay brought Max’s parents and grandmother into a session so they could all take part in the sand therapy. The adults were able to understand how the conflict had been affecting Max and how important it was for him to have a voice and to feel safe.

Jake spent the first session bashing Abby. He was palpably furious that she had “reneged” on her agreement to raise Max Jewish. He felt that this transgression, along with her sudden re-immersion in her previously lapsed Christianity, were symptoms of her “instability.” He was livid that she had “conned” the custody evaluator and the judge into giving her shared custody and told his therapist, Phil, that Max’s life was ruined.

Phil was used to working with high-conflict divorce and realized that grief and shame over a failed marriage had hijacked Jake’s capacity to reason. He validated Jake’s feelings and normalized the grief experience that people go through after divorce, especially when children are involved. After the first session, Phil began to work with Jake on shifting his focus from what was wrong with Abby to what he could actually control.

As the treatment progressed, Jake identified that his unexpressed anger at his mother, Maxine, was misdirected at Abby. Jake recognized that he had trouble asserting himself directly with Maxine, and that his choice even to marry Abby (whom Maxine had never liked) was a covert way of trying to separate himself from his mother. Jake realized that he knew more about what Maxine thought and wanted than what he thought and wanted.

Jake’s “aha moment” came when he realized that he Maxine was much more upset about Abby’s decision to expose Max to Christianity than he was. Phil worked with Jake on the importance of being direct with Maxine and setting appropriate limits.

As Jake became more aware of his feelings and needs, he was able to tell Maxine that her “drop in” policy wasn’t working for him, and that they would need to start scheduling her visits. He also told her that bad-mouthing Abby and her Christian faith was upsetting Max and if she continued to do this in Max’s present, she would need to leave.

The more Jake asserted his feelings and boundaries with Maxine, the more empowered he felt, and the less he obsessed about Abby’s parenting.

Like Jake, Abby spent her entire first session venting about all the ways her ex-husband and ex-mother-in-law had wronged her. She was devastated that she had to share custody of Max and worried that Maxine would eventually turn her son against her.

Abby’s therapist Jill specialized in mindfulness training: she believed in teaching clients how to tolerate painful feelings and focus on making conscious choices in the present. She normalized Abby’s feelings of grief and loss while also setting “venting limits” in session. Abby could spend the first five minutes spewing about Jake and Maxine, but after that she would need to focus on managing her emotional reactivity and being realistic about what she could control.

At first Jill had to redirect Abby frequently so she would stop talking about Max and Maxine and start working on herself. Jill made Abby guided meditation tapes and instructed her to listen to them daily to improve her ability to self-regulate. She also encouraged Abby to journal when she felt stuck in a quagmire of worry and resentment.

Gradually, Abby decreased the amount of time she wasted marinating in misery. She became serious about mindfulness, meditating twice a day and incorporating moving mindfulness such as yoga and hiking into her practice. With her increased ability to self-regulate, Abby functioned better in daily life and was able to offer a calm presence for Max.

Their initial session was so acrimonious that they couldn’t be in the room together. Their therapist Kate saw them individually in ten-minute segments so that each could feel heard without fear of being overpowered by the other. After the first session the exes were able to meet conjointly. Kate got each invested in therapy by asking them to set their own “ground rules”: no interrupting, no insults, no yelling, and time-outs if they felt themselves losing composure.

Kate then instructed Jake and Abby to set mutual goals for therapy. Once they acknowledged that they both wanted a peaceful co-parenting relationship for Max, they then were able to work on things each could do to facilitate this goal. They agreed to do the following:

Jake: Continue to set limits with Maxine so she doesn’t disparage Abby or her Christian faith in front of Max.

Jake: Pay child support in full and on time

Jake: Refrain from sending incendiary emails and texts to Abby

Abby: Use coping skills to manage her reactivity so that she can communicate with Jake appropriately and be emotionally available to Max.

Abby: Make eye contact and speak in a civil fashion to Jake and Maxine, especially in Max’s presence.

In the event that Max complained about one parent to the other, both Jake and Abby agreed to explore their concerns by communicating to each other privately and also to encourage Max to speak directly to the parent with whom he has an issue.

Maxine joined in for one session, but dominated the hour by complaining about Abby. She was not asked to return.

Kate explained that neither Jake nor Abby should expect Maxine to change, and that each would have to be vigilant in setting limits and managing their reactions to Maxine so as not to expose Max to more conflict.

After a year of individual and couples therapy, Jake and Abby developed enough coping tools and conflict-resolution skills that they no longer needed outside intervention. They didn’t always like or approve of the other’s parenting choices, but they had learned to focus on what they agreed on, instead of trying to control things that weren’t theirs to control.

After six months play therapy, Max’s stomachaches subsided and he stopped wetting the bed. He was able to express his needs and feelings verbally to his parents instead of shutting down. He even started telling Maxine that he wouldn’t play backgammon with her if she said bad things about his mom.

Therapy with divorced families is challenging. Those with serious mental health issues and rigid personality features may not ever have the ability to resolve conflict. But by focusing on mutual agreements and viable solutions to problems, many divorced couples can and do learn to create a peaceful coexistence for the sake of their children.

Are you embroiled in a child custody battle? We can help lower the conflict and find positive solutions that put your child first. Protect your most important relationships. Contact us to schedule your intitial consultation with a trusted family law attorney.

Get Our Free Download: 5 Ways to Break Through Custody Battles