You are here: Home1 / Blog2 / New Jersey Child & Parenting Issues3 / Custody Battles: How Bad Could It Get? 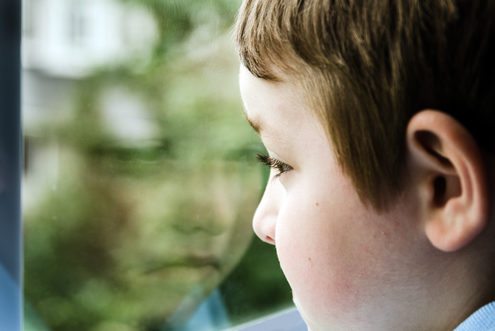 Every child custody battle is rough, but when the entire marriage has been rife with conflict, the parties are in for a particularly bumpy ride. What does a “worst  case scenario” custody fight look like? Read on for warring spouses Jake and Abby’s story…
Jake and Abby: The Conflict Started Before The Wedding

Jake and Abby’s divorce was set in motion the minute they set foot down the aisle. Jake’s mother Maxine ran his life, and didn’t think Abby was good enough for her son. Jake and Abby argued bitterly about Maxine’s role in their marriage: Maxine decorated their house, planned their vacations, and expected Abby – who worked from home – to drop everything and cater to her when she visited. Abby felt that Jake should set better boundaries with his mother and Jake was hurt that Abby didn’t appreciate all Maxine did for them.

Maxine became even more intrusive after the couple’s son Max (named for guess who?) was born. She criticized Abby’s attachment parenting style, the fact that she breast-fed in public, and especially her desire to expose her children to her previously lapsed Christian faith.

Before they married, Jake and Abby agreed to raise their future children in Jake’s faith, Judaism. Jake didn’t go to temple, but he observed the Jewish holidays and wanted his children to feel culturally Jewish, whereas Abby didn’t identify with her religion and hadn’t set foot in a church in years. But Abby’s feelings changed once Max was born. She wanted Max to connect with her heritage and be part of a religious community by going to church regularly. Jake felt that raising Max in both faiths would confuse the child. He also felt that Abby had reneged on their agreement and nixed her plan.

Unable to resolve their religious conflict, as well as their long-standing battle about Maxine’s role in their marriage, the couple decided to pull the plug on their marriage and file for divorce.

Hoping to keep things amicable for the sake of five-year-old Max, Jake and Abby went to mediation to resolve their child custody issues. Abby wanted shared legal and physical child custody. Jake said he would only agree to this arrangement if Abby stipulated to raising Max in the Jewish faith. Abby maintained that their son deserved immersion in both parts of his heritage and refused. The mediation session ended in a heated argument, with Jake announcing: “We’ll let a judge decide!”

Jake hired a pit bull attorney and sued Abby for sole legal and physical child custody. He alleged that Abby’s desire to raise Max in the Christian faith would confuse the child. Believing that she could only win if her attorney was as aggressive as Jake’s, Abby retained a divorce lawyer known as The Screamer.

Buoyed by The Screamer’s incendiary counsel, Abby wrote a responsive declaration embellishing Jake’s transgressions. She alleged that Jake didn’t really want Max – he just didn’t want her to have any parenting time. Abby said that Jake’s work at a start-up kept him at the office late at night, and Max was left in the care of Maxine. Abby maintained that Max came home parroting nasty things Maxine said about her – all the more reason she should have sole legal and physical custody.

Since neither attorney was inclined towards negotiation, they racked up obscene legal fees through mountains of paperwork and lengthy, heated phone conversations that resolved nothing.

At the preliminary hearing, the judge ordered a custody evaluation. A forensic psychologist spent several weeks interviewing not only Jake and Abby, but also Maxine and Max. The psychologist also spoke with Max’s kindergarten teacher and pediatrician to determine Jake’s level of involvement in Max’s daily life.

The psychologist was concerned by Max’s level of anxiety. The five-year-old suffered from frequent stomachaches and had started wetting the bed at night. He drew pictures of himself trying to comfort both parents, with an angry Maxine in the background.

After listening to the testimony of Jake, Abby, and Maxine, and reviewing the custody evaluation, the judge followed the psychologist’s recommendations. He admonished the adults for putting their personal feelings before the needs of the child. He was especially concerned that Maxine’s animosity towards Abby was spilling over onto Max and warned Jake that he could be sanctioned if his mother continued to make disparaging comments against Abby.

The judge also ordered that Max be allowed to participate in both parents’ religious faiths. He told both parties that they would need to process their issues in their own individual therapy so they did not put their child in the middle of a religious war. The judge awarded Jake and Abby shared legal child custody and equal parenting time but warned both that failure to follow court orders regarding parenting classes and therapy could result in a modification of custody.

The hearing ended with both parents silently fuming and Maxine chiding Jake’s attorney for not doing a better job. The judge had settled the case, but had not resolved the conflict – that is something only the parties can do.

The war has been fought, so how is there any hope moving forward that Jake and Abby can create a more peaceful coexistence for the sake of their son? Stay tuned for our follow up blog on how this family can heal their child dcustody battle scars…

Are you embroiled in a child custody battle? We can help lower the conflict and find positive solutions that put your child first. Protect your most important relationships. Contact us to schedule your initial consultation with a trusted family law attorney.

Get Our Download: 5 Ways to Break Through Custody Battles

What Is Parental Alienation?