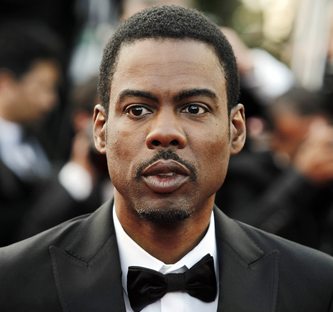 Does Chris Rock owe child support for a child from South Africa he and his now ex-wife welcomed into their family while they were married, but never adopted?

If you have been following this high profile New Jersey divorce, then you may recall the headline: “Chris Rock to wife: The girl who lived with us is NOT my daughter” from late last year. At that time, Rock and his wife Malaak Compton-Rock were in the midst of a very contentious divorce here in New Jersey with contested issues including custody, parenting time and financial support for Malaak and the children. And, one of the more hotly argued issues between Rock and his wife was the care and custody of a child, Ntombi, whose actual status with regard to the family was unclear.

According to various new sources, in 2008, the six-month-old Ntombi, who hailed from South Africa, began living with the comedian and his wife and children. She stayed at the Rock home since that time and was enrolled in school here in New Jersey. Apparently, the child’s biological parents, who were unemployed, remained in South Africa. It is wholly unclear how Ntombi ended up living with the Rocks. When Chris and Malaak filed for divorce, Chris maintained a relationship with his two biological daughters but did not maintain contact with Ntombi.

It does not appear as if there were any sort of formalized adoption proceedings or even a custody proceeding filed here in New Jersey. In fact, around the time that the divorce complaint was filed, South African officials began investigating how and why Ntombi came to live in the US with the Rock family. But, did Chris Rock have an obligation to support this child? Would he be seen as a psychological parent to her, given that she had lived with him as part of the family for eight years?

A psychological parent in New Jersey occurs when a third person, not the biological mom and dad, takes an active role in the life of a child. He or she can become what is known as a “psychological parent” and be held responsible for providing child support for that child. Would two “third parties” count when looking at this legal theory? That is unclear. But, the court looks at several factors when determining whether or not someone is a psychological parent including:

– Did the child’s biological parent encourage and foster the relationship between the child and the third-party spouse? In this case, it seems as though the South African parents did not oppose their child’s move to the US to live with the Rocks.
– Did the third-party asking to be seen as the psychological parent assume the role of parent in the child’s life? It also seems that Chris and Malaak acted fully as this child’s parents for the time she resided with the family.
– Did the child live in the same house with the spouse and the third party? Yes, Ntombi lived with the entire Rock family.

It is true that we do not know all of the details regarding Chris Rock and this child. But, Ms. Rock did include Ntombi as a dependent in the divorce pleadings along with the Rocks’ two biological children, and as such, demanded child support for Ntombi. Chris has stated from the outset of the proceedings that he does not have an “adopted” child. But, is he psychological parent to Ntombi?

According to the New York Daily News, the Rocks divorce is now finalized.  The terms of the pair’s divorce have not been released publicly, so it is unclear if any child support is being paid by Rock, so we may never know if he was seen as or admitted to being a psychological parent to the girl. But, looking at the factors that the court considers, it certainly appears that there is a good argument to be made that he was.

Supporting Your Transgendered Child: What Happens When Divorced Parents Dis...