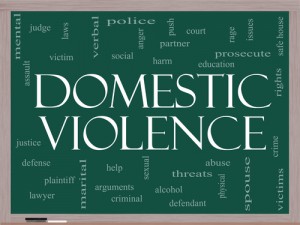 Citing the recent amendment to the New Jersey Prevention of Domestic Violence Act, the court in this case stated that the law now recognizes criminal coercion as a form of domestic violence. J.L. was granted a FRO based upon two physical assaults; however, the court indicated in the supplemental decision that she could have also been granted the FRO based upon A.C.’s threat to physically harm her 5 year-old daughter. After A.C. punched her in the face on or about February 20, 2016, J.L. obtained a Temporary Restraining Order (TRO) against A.C. The next day, he called her and demanded she pick him up from work. She declined and informed her that there was a TRO against him. A.C. then threatened J.L. that if she did not come pick him up as directed, he would hurt her daughter. Fearing for her daughter’s safety, she complied with A.C.’s request. When she arrived, he punched her in the face again.

The court stated, “[this case] reflect[s] the harsh reality that an abuser may purposely commit domestic violence by intentionally threatening a plaintiff with harm to a third person, such as the plaintiff’s child, parent, sibling, boyfriend/girlfriend, or other loved one.” The court also found the 2015 amendment to the Domestic Violence Statute “highly relevant, in that it’s language implicitly provides one with new legal protection from coercion thought threats of violence to a third person.”

The court also found J.L. to be very credible when testifying that she was afraid of A.C.’s threat to hurt her daughter. The court noted, “Through the improper and coercive use of fear and intimidation, defendant was able to prey upon plaintiff’s fears and need to protect her child in order to override her will and intimidate her into returning to him.”

Further, the court stated, “Human experience teaches that the strength of a parent/child bond is often so naturally and remarkably strong that a defendant’s intentional threat to cause harm to a child may be as abusive and traumatizing to a parent than any similar threat toward a parent’s own physical safety.” The court characterized such threats to a person’s child as “so mentally harmful and devastating” to a victim of domestic violence.

The court concluded that A.C.’s threats to harm J.L.’s daughter constituted not only coercion, but also terroristic threats and harassment, stating, “defendant committed domestic violence against plaintiff, in the form of coercion, terroristic threats and harassment, all with the purpose and intent of alarming, frightening, and intimidating the plaintiff.” As a result, the court added J.L.’s daughter as an additional protected person under J.L.’s restraining order, restricting any contact between A.C. and the child in the future.

If you or a loved one is being threatened or intimidated by someone, or if your family is being threatened or coerced, get the help you deserve. Our attorneys are ready to assist you with any domestic violence or other family law issue that you may be experiencing. Please contact us today to set up your free and confidential consultation.