You are here: Home1 / Blog2 / New Jersey Law - Domestic Violence3 / Can You Request The Courts To Dismiss A Final Restraining Order? 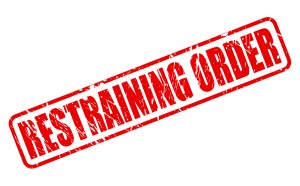 Once a Domestic Violence Final Restraining Order (FRO) is entered against a person in New Jersey, it is difficult to have that FRO dismissed at a later time. New Jersey is one of the few states that actually has permanent FROs. In order to have an FRO dismissed, the court must agree that there is no continued need for the FRO. It certainly helps if the victim agrees with dismissing the restraining order. But, what if the victim does not agree to dismiss the FRO, even after more than nine years?

In the recent appellate case of B.R. v. J.A., J.A. had asked the trial court to dismiss the FRO entered against him, as, according to him, the restraining order was hurting his chances for career advancement.  J.A. stated that the FRO was in place for over nine years, that he was remarried to another woman and had four children, that he had no contact with B.R. since 2005, that he had no violent acts against anyone else and that, pursuant to the FRO, he did not have any firearms.

The trial court did cite the factors in the Carfagno case and honed in on the fact that B.R. objectively and subjectively still feared J.A. In fact, J.A. violated the FRO on two prior occasions, although those violations did not happen after 2005. The problem, as the appellate court saw it, was that the judge below did not actually see the defendant or hear her testify. The first time B.R. and J.A. appeared in court, they appeared before a different judge. That judge questioned B.R. and she was very emotional during that appearance. Because of her emotion, that judge told B.R. that she did not have to come back for the actual hearing to determine if the FRO should be dismissed. When the parties returned for the hearing, B.R. was not there, and it was before a new judge. That new judge allowed the court clerk, who was there for the first court appearance, to testify about B.R.’s demeanor. She was not sworn in. Also, based upon the clerk’s account and after listening to the recording of the prior court date, the judge determined that B.R. was in fear and also relied on J.A’s violation of the FRO before 2005. The judge also found that B.R.’s opposition to the dismissal was made in good faith.

The appellate division did not feel that J.A. had an opportunity to prove his case and sent the matter back to the trial court so that an actual hearing could take place, with B.R. there, so she could actually testify and be cross examined by J.A. The court said that whether B.R. was acting in good faith or whether or not she was objectively in fear are disputed facts that deserve to be heard and decided after a full hearing.  The appellate court also felt that J.A. should have an opportunity to prove that there have been changed circumstances between the entry of the FRO and today.

The court stated that J.A. had demonstrated a case of good cause and changed circumstances to warrant a full hearing. But, the court said that they provided no decision on the actual merits of J.A.’s case, or whether or not he was entitled to the relief (dismissal of the FRO) that he was requesting. That will be left up to the lower court, after a full plenary hearing is conducted.

Do you have a temporary or final restraining order and want to know your options? Our family law attorneys can help. Please contact us today to schedule your free initial consultation.