You are here: Home1 / Blog2 / New Jersey Law - Domestic Violence3 / An Open Letter to the NFL: Play This Season’s Super Bowl Off the Field... 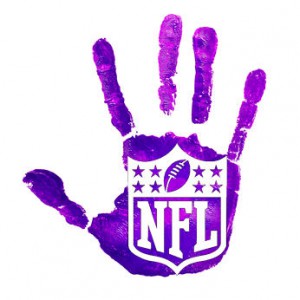 As a lifelong football fan, my intention was to spend this year’s NFL season, as I always do, rooting for the New York Giants to win big. However, since the Ray Rice domestic assault video broke in September and charges of domestic violence and abuse against other NFL players unearthed, I have changed my mind about who I hope walks away as this season’s champions.

The team I am now cheering for? The over 1.5 million women and men who will become victims of domestic violence in 2014. As a family law attorney who represents victims of domestic violence, I can tell you firsthand that this is a team in desperate need of a victory. You only need to take a glance at the statistics to understand why. According to the National Coalition Against Domestic Violence, one in every four women will experience domestic violence in her lifetime. As if this number isn’t staggering enough, we also know that almost one-third of female homicide victims are killed by a spouse or intimate partner. Domestic violence affects everyone in the family. Boys who witness domestic violence between their parents are twice as likely to abuse their own partners and children when they become adults. Equally disturbing, 30% to 60% of domestic partner abusers also abuse children in the household.

When you spoke a few weeks ago about the NFL’s plan to “get it right” and “clean up our house” on the issue of domestic violence by forming a committee to revise the league’s personal conduct policy and increasing the penalty for a first-time domestic violence offense from a 2-game to 6-game suspension, you missed one very important point: the NFL is responsible for more than just changing what is essentially workplace policy. As a multi-billion dollar public entity with legions of fans whose homes you find your way into every week, you are obligated to step up to a much larger arena and become true contenders in the fight against domestic violence.

Here in New Jersey, we are focusing attention on doing our part to decrease the incidence of domestic violence by working with and supporting local organizations, including the Center for Hope and Safety (formerly Shelter Our Sisters), to raise money in support of education and therapy programs, especially those targeted at children. As part of Domestic Violence Month, October 23 will be observed in New Jersey with our Wear Purple for DV Awareness Day. On the evening of October 23, a candlelight vigil for will be held at the “Pathway to Self-Sufficiency” in Van Saun County Park, Paramus to honor victims of domestic violence. We will be there.

I have been following the NFL’s reaction to the domestic violence crisis closely, but have not seen any evidence that steps like these are being taken by your organization. Are you donating to any of the worthy domestic violence prevention programs and domestic violence shelters that are in need of financial support? Will you promote and support counseling and therapy programs that are known to help? Will you attend any vigils this month? Will you help your at-risk players and community members “train” to become better people?

Domestic violence is still something that many in society want to sweep under the carpet or discuss only behind closed doors. As an organization that appeals to both young and old, men and women, and people from all walks of life, the NFL has the power to change this stigma. Some want it to happen. Some wish it would happen. Others make it happen. Coming together is the beginning. Staying together is progress. Working together is success.

Of all months, October, marking Domestic Violence Awareness Month, is the perfect time to begin. As the NFL has shown through its support of Breast Cancer Awareness Month, also held in October, the organization is capable of doing a stellar job of putting an important woman’s issue front and center. In the addition to us seeing the pink goalposts, shoes and pink player towels and ribbons, let’s see some purple — the official color of Domestic Violence Awareness — show up in stadiums this weekend.

I, along with countless others, urge you to please seize the opportunity you’ve been given and use your voice for the greater good. This is about much more than how many games a player is suspended for. One of us is not as strong as all of us. It’s about making a difference; a real difference. Let’s finish strong. It’s time to let the victims of domestic violence know that they are not alone and that we all stand shoulder to shoulder, whatever it takes.