You are here: Home1 / Blog2 / New Jersey Law - Divorce & Separation3 / Study: Facebook A Factor In A Growing Number of Divorces 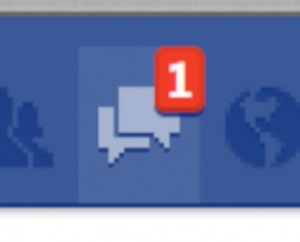 Is Facebook a factor in your divorce? You’re not alone. According to new research from the University of Missouri, individuals who self-report “excessively” using Facebook are far more likely to experience conflict with their romantic partners, which then may cause negative relationship outcomes including emotional and physical cheating, breakup, and divorce. To translate this into Facebook speak? Too much time on the social network ups the chances your status won’t remain “in a relationship” for very long.

“Previous research has shown that the more a person in a romantic relationship uses Facebook, the more likely they are to monitor their partner’s Facebook activity more stringently, which can lead to feelings of jealousy,” notes Russell Clayton, a doctoral student in the University of Missouri School of Journalism, via a university press release. “Facebook-induced jealousy may lead to arguments concerning past partners. Also, our study found that excessive Facebook users are more likely to connect or reconnect with other Facebook users, including previous partners, which may lead to emotional and physical cheating.”

However, the length of the relationship in question matters. Couples who have maintained their relationship for several years, or even decades, seem better able to weather problems arising from social media use, compared to couples in newer relationships.

When Facebook is the cause for a relationship breakdown, whether use of the social network can be traced to cheating or some other negative activity, it is important to let your divorce lawyer know that social media played a role. As we have written about previously, using social media and other electronic means, including texts and emails, as evidence in divorce, is now commonplace. Any photos, status updates, or questionable messages could be used as part of child custody negotiations, or as a clue to finding hidden assets.

For further reading on social media use and divorce, please see the follow blog posts:

– How Too Much Tweeting Can Lead to Divorce

– CBS 2 TV: The New Social Face of Divorce (Watch WLG’s Bari Weinberger talk about social media use and divorce as part of a special news segment on CBS 2)

– Social Media and Divorce: What You Post Can Come Back to Haunt You

What Happens to Your Insurance When You Divorce? Jennie Garth, Peter Facinelli: Case Study in Amicable Divorce