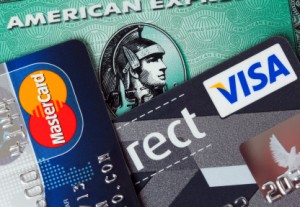 Ask Ann Marie the reason why she got divorced after 15 years of marriage and she will tell you that it was due to her husband Tom’s infidelity. Was he cheating on her with a coworker or long lost flame? No. Tom’s paramour turned out to be the couple’s joint credit cards. For years, Tom had been secretly wracking up debt without Ann Marie’s knowledge.

Called “financial infidelity,” one spouse lying about spending habits, or keeping expenditures hidden from the other, can trigger the same feelings of betrayal and hurt as finding out a spouse has had an extramarital affair, according to a new survey conducted by a shopping comparison website based in Great Britain. Survey results showed that as many as 1 in 10 people have either separated from their partner or even gone as far as getting a divorce as a direct result of secret spending habits finally being uncovered.

This was the case for Ann Marie and Tom. When Ann Marie came across a bill left out on the kitchen counter, she was in shock at the balance — and where the money was going. Weekends at the golf club, gambling, a brand new and very expensive computer. Ann Marie had known her husband enjoyed a little golf and some gambling, and that his computer needed replacing, but Tom had lied about exactly how much he was spending on all these things. When Ann Marie dug deeper and found out the account balances on all their cards, the amount of debt Tom had secretly generated was a staggering $70,000. Tom apologized and promised to change his ways, but Ann Marie felt that a basic trust had been betrayed. Despite marriage counseling, a few months later, she filed for divorce.

Why do Tom and other spouses get themselves into the kinds of financial messes that seem destined to make marriages implode? In the survey, of the 15 percent of spouses who confessed to lying to their other half about their credit card spending, roughly one-third (36 percent) said they did so because they knew their spouse would be angry. Another one in three (35 percent) said they knew their partner wouldn’t approve of their spending.

It should also be noted that this is not first time a survey or study to find a link between divorce and disagreements over money and family finances. As we blogged about a few months ago, researchers out of Kansas State University found that arguing about money is top predictor of which couples will divorce. Additionally, a 2011 found that financial infidelity may be at the root of almost 20 percent of all divorces.

Did the issue of secret spending play a role in your separation or divorce?