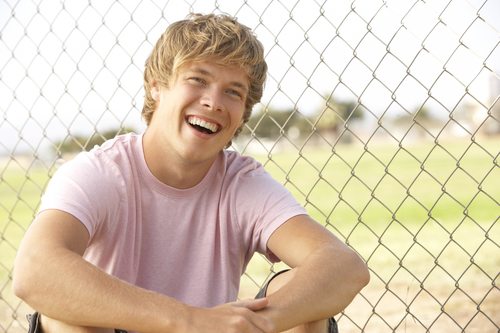 As of Feburary 1, 2017, a new New Jersey child support law establishes that a parent’s obligation to pay support terminates upon the child’s nineteenth birthday, unless certain factors are present. Are you the parent who receives child support? Here is a look at how this new law can affect you, and important steps you can take to make sure child support continues.

Matt and Sarah have been divorced for nearly five years and have one son together. Jacob turned nineteen years old in September of last year, just as he began his freshman year at Rutgers University. Since their divorce, Sarah has been receiving child support for Jacob, from Matt, on a monthly basis, without fail. She assumed that support will continue for Jacob as long as he remained a full-time college student at Rutgers and until he obtained his undergraduate degree.

On February 2, Sarah received a notice in the mail from her county probation department which has been managing her child support account since the divorce. The letter was called a Notice of Proposed Child Support Obligation Termination and it stated that Jacob‘s child support would be ending on August 1, 2017. The packet also contained information on how Sarah could request that child support be continued and not end in August.

Sarah was astonished. She was not prepared for a letter telling her that Jacob’s support would end, especially since he was still in college and getting such good grades. Matt knew that he was doing well at Rutgers and that he was surely going to graduate and be successful. Sarah always thought that once Jacob graduated college, it was Matt’s responsibility to go to court and ask that Jacob be emancipated and no longer in need of child support. She regretted that she assumed this and regretted that she and Matt did not put this in writing in their divorce settlement agreement. Sarah immediately called her attorney.

But, all is not lost for Sarah. There are circumstances in the new law where child support can be extended, including the child still being in high school, the child being enrolled in an undergraduate program full-time, or the child having a physical or mental disability that requires continued support. Her attorney advised her that she should certainly follow the instructions found in the mailing describing how she can ask the court to extend Jacob’s support:

– Complete the Request for Continuation of Support Form found in the packet.

– Gather, copy and send with the form proof that Jacob is a current, full-time student at Rutgers University. Such proof could include a grades report, proof of registration and class schedule and proof of payment of tuition. The more documentation the better.

– Provide a proposed date in the future, when support will likely end. All “Request for Continuation of Support” forms must contain a future date in which support would end and it must be before the child’s 23rd birthday. The proposed end date must be supported by any documentation provided.

– Follow the due date in the notice: All Requests for Continuation of Support forms must be received 45 days prior to the termination date. Here, Sarah has to have her form and supporting documents sent 45 days prior to August 1, 2017.

– Await notification from the probation office of the determination.

Given that Jacob is enrolled in a full-time program working towards his bachelor’s degree, it is highly unlikely that Sarah’s request to continue the support would be denied. Her attorney advised her, however, that if this did occur, she should return to his office to discuss filing a motion with the superior court in her county to dispute the finding that Jacob’s support should end.

If you are a parent with a child who is nineteen years of age or will soon be nineteen and have questions about your child support, please call 888-888-0919 or contact us via our easy email form to set up an initial consultation with one of our qualified family law attorneys.

The Divorce Diet: 3 Tips To Cope With Stress