You are here: Home1 / Blog2 / New Jersey Law - Child Support3 / One Couple’s Dilemma: What Do You Do When Child Support Payments... 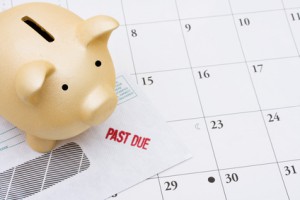 Stacy and Mike are two New Jersey residents who have been divorced for approximately one year. The former spouses have two minor children, ages 6 and 10. According to their divorce decree, Mike is obligated to pay approximately $750 per month in child support.

For the first few months after their divorce, everything seemed relatively calm. Stacy and Mike established a somewhat cordial relationship for the sake of their children, and Mike was on time each month in making his child support payments.

Then, out of nowhere, Mark’s payment was late one month. When Stacy texted him asking him about it, he explained that his boss was late in paying him and that he would catch up as soon as he received his check. Stacy wondered why Mike didn’t dip into his savings to cover his obligation, but decided to let it go since a few days later he sent in his payment.

When Stacey texted Mike the following month because he was late again with the payment, he didn’t respond. Mike never paid that month. Nor did he pay the next month. At the same time, Mike started sending his mother to pick up and drop off the kids when it was weekend to have them. His mother claimed she knew nothing about what was going on and pleaded with Stacy to not take the situation out on their kids.

Stacy obliged and didn’t stand in the way of the kids seeing their father. But now that Mike now two months behind on child support, Stacy wasn’t sure what she should do to make sure he keeps up his end of the bargain.

Fortunately for Stacy, New Jersey has strict laws in place for enforcing child support orders, including garnishing wages and seizing property from those “deadbeat” parents who fail to fulfill their support arrangements.

In New Jersey, child support payments are processed by the New Jersey Family Support Payment Center. Besides collecting and dispersing child support payments, the Payment Center’s computerized system is set up to automatically detect when two payments have been missed (two payments is the trigger for action). Upon detection in the system, the amount in arrears may be reported to credit agencies, if it exceeds $1000, which in Mike’s case it does. This will hurt the payor’s credit rating when buying a home, car or getting credit cards — which is often an incentive for the parent to catch up in order to avoid these negative consequences.

Other options the NJ Child Support Agency may take to secure back payments include:

Tax Refund Intercept: If the amount of unpaid child support is equal to or more than the limits below, and the payor is entitled to a federal or state tax refund or a homestead or other rebate, that refund may go to pay the child support order.

Lottery Prize Intercept: If a payor owes over $1,000 in unpaid child support and wins $600 or more in the lottery, the amount owed in child support will be deducted from the winnings and applied to the past due child support.

Seizure of Assets: If the payor is not paying child support and has money in the bank or has a pending insurance liability claim, the Child Support Office may be able to take those assets to pay the support.

If none of these efforts work to make the paying parent to catch up on late child support payments (or don’t apply to the parent’s situation), the other parent also has the right to go to court to seek a child support enforcement order. This can be accomplished by having your attorney request a hearing in Family Court. At this hearing, the court will decide what action to take against a parent who owes child support. Both parents will receive notice of the court hearing. The court will hear the case, examine the facts and reach a decision, based on the case. Among its options, the courts can issue an order requiring an arrest, should the payment not be made as directed.

The longer child support goes unpaid, the more likely that severe consequences will be issued.

Which brings us back to Stacy and Mike. At two months in arrears, what should Mike do? First of all, if he can pay, he should. However, it could also be the case that legitimate reasons exist for why he can’t pay. He may have lost his job, or part of his income, or he may be experiencing medical issues which he must pay out of pocket. Before any further time elapses, Mike may want to investigate whether filing for a child support modification is in his best interest. If he can prove to the courts a change in financial circumstance, the amount he is obligated to pay may be lowered to a more affordable option.

Are you in a boat similar to Stacy — or Mike — and are wondering what you can do to get late child support payments back on track? Please feel to contact us with your questions and concerns. We offer an initial consultation in which we can discuss the specifics of your situation at no cost to you.