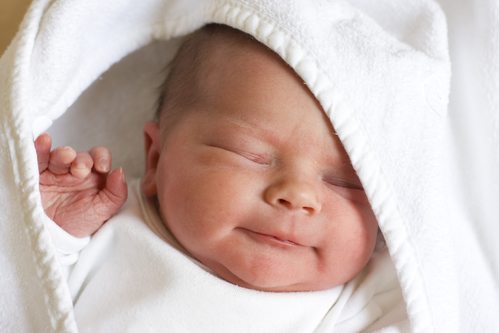 To circumcise or not to circumcise your son is a personal decision between you and your child’s other parent. There are extreme views on both sides of this issue and parents who choose to circumcise their children do so for a myriad of reasons including religion, tradition and hygiene. But, what if you and your spouse or partner disagree about circumcision? Do the courts get involved? And, if they do get involved in such a personal issue, where do they typically side?

While several other states have taken on this issue, only one time before did this issue come before the family courts in New Jersey, and that was back in 2001. A dispute between divorcing parents in New Jersey came up when the mother, who was looking  to have the couple’s child circumcised encountered opposition for the child’s father. The boy, Matthew Price, had experienced two instances of foreskin inflammation and because of this recurring issue she wanted to have him circumcised. The father, who had experienced a traumatic circumcision as a child objected and they turned to the courts for a decision. The Medical Society of New Jersey and the Urological Society of New Jersey both opposed any court ordered medical treatment. But, before the court could rule on the case the divorcing parents came to a private agreement, and no precedent was set.

So, theoretically, what would the New Jersey courts do if this issue were to ever be brought to court again? Legal experts disagree. “Even custodial parents’ viewpoints of medical treatments can only be sustained if they can prove that treatment is medically necessary,” said Claudette St. Romaine at Seton Hall University Law School in Newark. This would seem to include circumcision IF the procedure is deemed to medical.

But, Norman Cantor, a professor at Rutgers University Law School in Newark, said it’s hard to tell what long-term effects this case may have had. “If a private settlement is reached in a case and there is not a real authoritative ruling then there is no…impact,” said Cantor. So, how the court would rule in any situation remains in question, regardless of the reason for the procedure, according to Cantor.

How have other states decided? In Florida, a mother was arrested put in jail in 2015 for contempt because of her refusal to cooperate with the court-ordered circumcision of her 4-year-old son. But, in that case, the parents had initially agreed to circumcise their child and then the mother changed her mind. The parents shared joint legal custody, where they both had the legal ability to make big decisions, including major medical decisions for the child. The agreement was in the form of a written consent order and she was found to be in violation of that court order. The mother had filed a federal lawsuit indicating her son’s constitutional rights had been violated, but the court disagreed and her lawsuit was dismissed.

It remains unclear how the courts here in New Jersey would rule on this issue. Typically, any decision regarding children here in the Garden State is made based on what is in the best interests of the child. But, with circumcision, there is a question about whether or not this would be viewed as a forced medical procedure and not simply whether or not the procedure is in the child’s best interests. Is a circumcision based upon religion a “medically necessary” procedure? Is denying the right to circumcise a child for a religious reason violating the parents right to freely exercise their beliefs?

What do you think? Should the courts become involved in the decision to circumcise a child? Are they compelled to get involved in this decision if parents do not agree?

If you have more questions about medical decisions regarding your child or any other area of family law, please contact us to schedule your confidential consultation with one of our expert divorce and family law attorneys.

What Child Custody Option is Right for You?

When Divorced Parents Disagree About Their Child’s Medical Care

6 Ways Divorce Therapy Can Change You For The Better