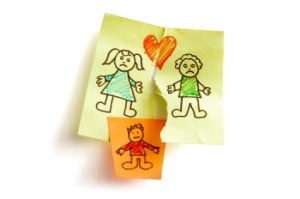 As 2012 ended, so did New Jersey’s 5-year-old Parenting Coordinator Pilot Program. According to a notice sent from Acting Administrative Director of the Courts Glenn Grant, the decision to shut down the program as of Nov. 26, 2012 came at the request of the Conference of Presiding Family Judges and the Supreme Court’s Family Practice Committee. All approved placement forms for the program — which had been in place for local counties in Bergen, Middlesex, Morris, Sussex and Union vicinages — are now terminated. Likewise, the roster of parenting coordinators once found on the New Jersey Judiciary’s website is also gone.

The reason? As assistant director of family services for the Administrative Office of Courts, Harry Cassidy, tells the New Jersey Law Journal, the pilot program ran into trouble primarily because the people it was meant to help — parents disputing child custody arrangements or visitation provisions — were often beyond consolation by the time a parenting coordinator came on the scene.

“In order for the program to be successful, both parties must be willing to engage with each other and engage with the parenting coordinator. We were not finding that,” he says.

Parenting coordinators were initially part of a pilot program approved by the New Jersey State Supreme Court in March, 2007 to help out families embroiled in “high conflict” child custody cases in which parents were unable to work out disagreements. The idea was to assign a social worker, psychologist, psychiatrist or a marriage or family therapist, or a qualified attorney (if appropriate to the situation) to “aid parents in monitoring the existing parenting plan, reducing misunderstandings, clarifying priorities, exploring possibilities for compromise and developing methods of communication that promote collaboration in parenting.”

So where does that leave families enmeshed in “high conflict” child custody cases? According to Grant, judges across the state (not just in the Pilot Program counties) will have the discretion to appoint a parenting coordinator in cases that might be helped from this kind of assistance. As the notice reads, “While the Parenting Coordinator Pilot Program will be ending, Family Judges may continue to appoint Parenting Coordinators in specific cases in any vicinage (except in cases having a domestic violence temporary or final restraining order in effect). Parenting Coordinators so appointed will need to be qualified to serve either by consent of the parties or by the court in the same manner as other experts…”

Are you involved in a high conflict child custody dispute? Did this change affect your case?

Paying Alimony After a Spouse Remarries You Filed for Divorce — Now What?