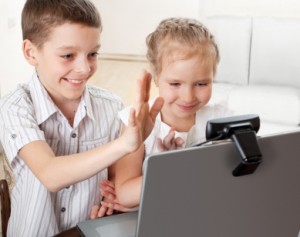 Tom Cruise has taken a lot of heat for not seeing daughter Suri in the flesh over the past two months, though the two talk on the phone and video chat “at least once a day,” Cruise’s lawyer confirms. This has led some to speculate that perhaps Tom’s visitation with Suri may be extremely limited. Or is it? Following the lead of other states, a new bill before the New Jersey Assembly (Bill No. 2388), will allow telephone, email, texting, video conferencing and other communications technologies, to count as parenting time in some child custody agreements. In other words, if passed, this could mean that Skyping or texting with a child is legitimately viewed as a meaningful — and official — part of a visitation plan, even though the child is not in the parent’s actual physical custody.

Is the bill a good idea? In certain circumstances, such as when one parent’s work schedule or military obligations disrupts their ability to spend time in-person with their child, regular 20-minute Skype chats or scheduled 10-minute text sessions may be exactly what’s needed to keep the parent-child bond intact until more in-person time can be worked out.

But the new bill also raises some practical concerns. Will some parents try to have text time and phone calls written into custody plans out of convenience, rather than necessity? Who pays for the technology used to communicate? And what about the primary custodial parent who relies on that time when they can have their child supervised by the other parent? Just because a child is sitting in his bedroom Skyping with his parent, doesn’t mean the custodial parent can leave the house.

Do you consider phone calls and texts to be as meaningful as in-person parenting time? Are there ever circumstances where this might be appropriate?

Foul Ball! A Case Study on Understated Assets During Divorce: McCourt vs. M... “October Surprise” Rumors for Obama and Romney Both Involve Div...