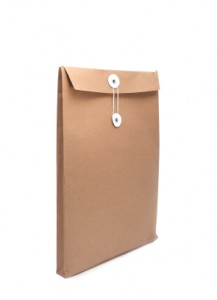 Have you noticed that in the past few days, the 2012 presidential election has become all about…divorce? Rumor has it that an “October Surprise” or two may becoming down the pike for both candidates, and in both cases, the scandalous information in question seems to involve divorce-related issues.

In Barack Obama’s case, sources say that Donald Trump may be in possession of divorce documents filed by Michelle Obama more than 12 years ago during a particularly difficult time in their marriage (Update: this rumor now appears to be false).

In Mitt Romney’s case, according to the Washington Post and other sources, Romney testified in 2005 in a highly contentious divorce trial between Staples stores founder Tom Stemberg and his first wife Maureen.

It is known that Romney and Stemberg had business dealing with each other, but it is unclear what Romney’s testimony involved since a gag order was put in place and all court documents were sealed at the end of the trial. Supposedly, the Boston Globe received a tip that “juicy information about Romney” is contained in the sealed documents (the trial took place in Massachusetts) and that’s why this is suddenly an issue.

As the Washington Post reports, the ex-wife of Staples founder Tom Stemberg showed up in probate court today (10/24) to tell a judge she’s OK with unsealing the testimony Mitt Romney gave in her divorce case.

Mitt Romney’s attorney was also in court today and told the judge he has no position on the request. This is a likely signal that Romney doesn’t believe whatever testimony he gave will have a damaging effect. There is no report as to whether Mr. Stemberg had a attorney present.

It will be interesting to see if these October Surprises really live up to their billing, or not — in both cases. But putting presidential politics aside, there are some issues here that are relevant for those of us not running for office. Namely, how secure are sealed court documents? What happens if one party says unseal, but the other wants to maintain the order?

If your divorce or family law matter takes place in New Jersey, it’s pretty clear what the rules are on this. There are some family law matters, such as names and addresses of abuse victims and issues related to child custody, that are kept off public record (the full list of what’s excluded from public record can be found in NJ Court Rule 1:38-3, section D).

However, for other court proceedings, a formal Court order may be needed to officially seal documents. According to NJ Court Rule 1:38-11 (a) “Information in a court record may be sealed by court order for good cause as defined in this section. The moving party shall bear the burden of proving by a preponderance of the evidence that good cause exists.”

According to the rule, “good cause” exists when it can be proven that disclosure of information would cause serious injury to any person or entity, or if the need for privacy in the matter outweighs the need for the record to be open for public inspection.

To unseal a record, NJ Court Rule 1:38-12 states that documents may be unsealed upon motion by any person or entity, which includes members of the media. When this happens, involved parties must be prepared to prove by a preponderance of the evidence that good cause continues to exist for sealing the record. In other words, when someone else motions to unseal a court record, you must be prepared to convince the judge why the record should remain sealed.

It’s unknown what reasons for unsealing the Boston Globe presented in their motion. But one thing is for sure, if you thought the presidential election could be settling down a bit, these latest developments show that just the opposite seems true.

What do you make of this latest turn in the presidential race?