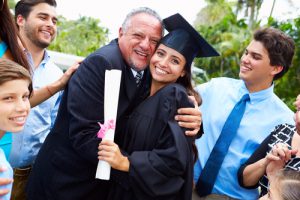 It is that time of year, again. High school seniors are making final decisions, touring campuses and selecting, once and for all, where they will attend college in the fall. If you and your child’s other parent were married and are still together, this can be a joyous time for all involved. However, if you and your ex are no longer in a relationship, this can quickly become a challenging and frustrating time. What is your obligation for payment of tuition for the next four years? What is your say in these decisions?

Look to your judgment of divorce/settlement agreement

Most divorce settlement agreements these days contain some language that addresses college decisions and payments. No two judgments of divorce or settlement agreements are alike. However, most do say that both parents have some sort of financial responsibility to pay for college. The exact amount is usually calculated at the time a college is chosen and is based upon mom and dad’s salaries at that time. It’s never a good idea to agree to a straight 50/50 split of college tuition at the time of divorce, especially if your children are very young. You never know what your financial situation will be ten, even fifteen years into the future.

Don’t assume that you are able to withhold tuition payments if you are not in agreement with your child’s choice of school. In a recent New Jersey case, a father filed numerous motions with the court asking that he not be responsible for his daughter’s tuition at Stevens Institute of Technology because he wasn’t consulted and because he believed the school was “out of reach” for his daughter, academically. The court disagreed and stated that at that point in the child’s life, he could offer advice and emotional support, but that he needed to honor his end of the bargain to provide financial commitment, as written in his judgment of divorce. The child honored her end of the bargain, by succeeding at Stevens.

Many parents feel as though if their child is away at school they are mature enough to receive their child support directly, and mature enough to manage that money appropriately. Courts have varied opinions regarding this. For example, some courts believe that the support should still go the custodial parent, because that parent still must maintain a room, food, utilities, etc. for the child when they return for the summer or the holidays. In a recent lower court opinion, the judge allowed a father to provide child support directly to his daughter, who was still living with her mother, but commuting to college. The judge found that this arrangement actually strengthened the bond they had. However, the judge did recognize that the mother still needed money to maintain the household, so only a part of the support went directly to the child.

If you are getting ready to send your child off to college this fall, or if your child is already in the middle of their college education and you have questions regarding your obligations and rights with respect to paying tuition, we can help you. Contact us today to set up your initial consultation.

How To Get A Divorce Like Gwyneth: 3 Top Tips For Conscious Uncoupling Negotiating Your Marital Settlement Agreement