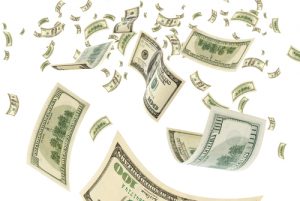 An ex-wife in a brief 14-month marriage is demanding a share of the $2.5 million work bonus paid to her ex-husband. Job or work bonuses are often subject to division in divorce, but what makes this former spouse’s claim unique is that she is asking for an award based on the length of their marriage and the time prior to that when she and her husband dated and cohabited.

Two lower courts have said “no” to her request, affirming that equitable distribution of any property, including salary bonuses, should be based upon the length of the actual marriage only. The ex-wife was awarded 30K by the courts as an amount commensurate with the short duration of her marriage. However, she believes that she is entitled to approximately $200,000 and has appealed these prior rulings to the New Jersey Supreme Court.

Does she have a case?

According to an article published in New Jersey Law Journal, the difference in the amount awarded to Bernice Aucoin-Thieme is between the “$200,029 she believes she is due, rather than the $30,228 that she actually was awarded by Hudson County Superior Court Judge Maureen Sogluizzo, from a $2.25 million one-time bonus her ex-husband, plaintiff Michael Thieme received after the divorce.” Ms. Aucoin-Thieme took the $200,029 from a bank account after her ex-husband deposited the money; he did not know she still had access to the account. He filed papers with the court to recoup the money.

New Jersey law is fairly clear with regard to equitable distribution and how division of assets and debts should cover the period of time that the couple is actually married. Cohabitation or dating relationships without marriage is not considered in the statute that governs equitable distribution. Ms. Aucoin-Thieme argues that she gave up much of her own life, including her career, while the parties we living together, including having and caring for the couple’s daughter. She states that her ex-husband told her that he would work on growing his career while she cared for their child and stayed home. Aucoin-Thieme’s attorney urged the Court to consider the period the couple lived together as a matter of “fairness” to Ms. Aucoin-Thieme since she gave up her career based upon her husband’s promise.

Mr. Thieme argues that not only did the couple freely and voluntarily enter into a property settlement agreement at the time of the divorce that specifically indicates Ms. Aucoin-Thieme waived any right to property obtained after divorce, but that she also had very little to do with the acquisition of Mr. Thieme’s bonus. Judge Sogluizzo agreed with Mr. Thieme for the most part, finding that Aucoin-Thieme should receive only a portion of the bonus based on the 14-month marriage. Sogluizzo awarded her $30,228, saying that the bonus was not secured through mutual effort and rather than helping him earn the bonus, she jeopardized it through her conduct. Aucoin-Thieme appealed this decision, but the appellate court affirmed Sogluizzo’s order.

What is undisputed is that Ms. Aucoin-Thieme received alimony, health insurance and property purchased for her in Mississippi by Mr. Thieme as part of the divorce settlement. Justice Barry Albin, questioned Thieme’s counsel about the bonus coming in just three months after the divorce, asking if this seemed “suspicious.” Thieme’s lawyer disagreed, saying that none of the employees of the company had any idea that the money was coming from the sale of the business.

Before the New Jersey Supreme Court, attorneys for both Thieme and Aucoin-Thieme made their arguments this week and a decision is forthcoming. We will post an update as soon as one becomes available.

Do you have questions about how a work bonus factors into asset division in your divorce? We can help. Please contact us today to schedule your initial consultation with one of our skilled family law attorneys.

What Happens to the Year-End Bonus When You File For Divorce? You Don’t Have To Be A Celebrity To Divorce Like A Star!