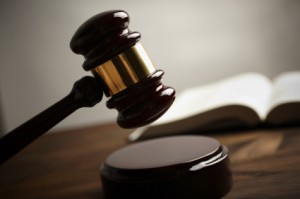 Update 12/4: According to a NJ Law Journal report, in Judge Appleby’s formal answer, made public yesterday, Appleby admits that she met with attorney Louis around May 2012 to discuss her personal child support issue. She also admits to providing him with documents and exchanging e-mails on the matter. In regards to the forged letterhead that was allegedly produced by the attorney, she denies any knowledge or involvement and also denies covering up the conflict of interest.

This issue has made headlines recently in Ocean County where Superior Court family division judge Melanie Donahue Appleby faces ethics questions stemming from an alleged attorney conflict she engaged in concerning a personal child custody matter with her ex-husband.

Appleby, 49, who has served as a Superior Court judge for two years, is accused of knowingly having “a conflict of interest, and facilitating or acquiescing in the cover-up of the conflict,” according to the complaint filed on behalf of the state Supreme Court of New Jersey Advisory Committee on Judicial Conduct in Trenton.

As the Asbury Park Press reports, the complaint alleges that Justice Appleby secretively obtained legal help in a personal child custody matter from a family law attorney involved in another case she was currently hearing in her courtroom. It is further alleged that an attempt was made to make the legal advice look like it was coming from another law firm. The complaint goes on to state that Justice Appleby heard other cases in which the attorney was involved after this incident, until finally submitting notice that a conflict of interest was present.

An investigation will take place into the matter before deciding if sanctions are merited. We’ll be on the lookout for an update. Still, it seems like a timely opportunity to bring up a very important issue: Are you comfortable with the ethics and integrity displayed by your divorce or family law attorney?

Being able to say yes to this question is something that we at Weinberger Divorce & Family Law Group feel is so important to our law firm that we have created the first-of-its kind Integrity of Service Pledge. This document outlines for clients our promises and ethical standards. We encourage you to read it. Have questions or concerns about ethics and legal conflicts of interest? Please let us know what’s on your mind.

11 Inspiring Quotes About Divorce Can You Receive (Or Do You Need to Pay) Alimony If You’re Separated?