You are here: Home1 / separate property If you were lucky enough to receive a particularly high-value gift over the holiday season, and you are also married or soon-to-be-married, then you may want to take a moment to consider the ownership of that gift. While no one wants to think about the possibility of divorce during happy times, those happy times often present the best opportunity for planning. Financial preparedness is like insurance—if you wait to think about it until you need it, you could be too late.

So what are the rules in New Jersey regarding gifts and divorce? END_OF_DOCUMENT_TOKEN_TO_BE_REPLACED Back in September, Lucas and Joanne called it quits and decided to end their 15-year marriage. The New Jersey couple is currently separated, with plans to move forward with filing for divorce in January, once the holidays are over (waiting was Joanne’s idea because, as she explained Lucas, she didn’t need the added stress). Over the past few months, Lucas and Joanne have have had very little contact with each other, especially since each party established their own bank accounts as soon as they decided to separate. For all intents and purposes, except for the official paperwork, Joanne and Lucas are living like a divorced couple.

In late December, Lucas receives a year-end bonus at his job. Because his company had a successful year, the amount of the bonus turns out to be a considerable windfall. Before Lucas deposits the check in his personal back account, he thinks about the divorce he will be filing for in mere days, and how this money may come into play. Is this money — received after he and his wife separated — considered marital or separate property? If his wife can lay claim to it, how much will she get? Will this money mean a higher alimony payment? And what if Lucas holds off on depositing the money until after he files for divorce… would that be a loophole to keep it safe? END_OF_DOCUMENT_TOKEN_TO_BE_REPLACED If you and your spouse are separating, are you the one moving out? Before you relocate, here are tips and issues to consider as you go about finding a new place. END_OF_DOCUMENT_TOKEN_TO_BE_REPLACED 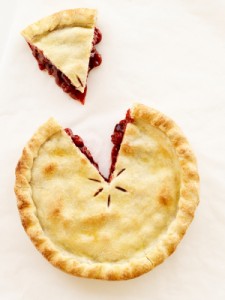 When you divorce in New Jersey, it’s the state’s equitable distribution law that lays the basis for how a couple’s property is to be divided. Under New Jersey equitable distribution, property is classified as belonging to one of two categories, either it’s marital property, which is property considered owned by both you and your spouse; or it’s separate or non-marital property, which means it is something considered to belong to you or your spouse individually.

How can tell the difference between the two? Here are 10 quick and general guidelines for helping to determine whether the asset — or debt! — is marital or separate/non-marital property. END_OF_DOCUMENT_TOKEN_TO_BE_REPLACED