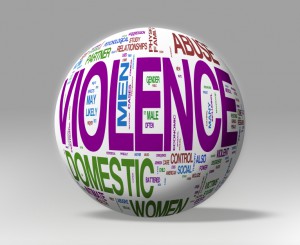 In domestic violence news, soccer superstar Hope Solo, 33, has been charged with two counts of misdemeanor domestic violence in the assault of her sister and 17-year-old nephew that occurred in late June. Solo has pleaded not guilty and is awaiting trial in November.

The charges stem from an incident in Solo’s hometown of Seattle, Washington. Solo was allegedly visiting her sister’s house when violence erupted between Solo, her sister, and her 17-year-old nephew.

The teen told police that his mother’s half-sister, Solo, came over to visit, upset with her husband because “he was being a jerk,” the affidavit says.

She appeared to have been drinking and drank wine for some time with her half-sister, reports say.

Solo later grew upset with her nephew over a misunderstanding, then reportedly insulted him, calling him “too fat and overweight and crazy.” The nephew told her to get out of the house and went into another room.

Solo reportedly followed him and the two got into an argument that allegedly escalated as Solo “charged” at him and took a swing at him. They then tussled on the ground and she “repeatedly punched him in the face and tackled him,” reports say. The nephew grabbed her by the hair and held her to the ground until she appeared to calm down, at which point she reportedly grabbed his hair and pulled him back down, punching him some more, according to the incident report.

Solo’s half-sister arrived and tried to break up the fight, but Solo reportedly turned her aggression to her and punched her in the face “several times.”

The nephew got a wooden broom that he “broke over (Solo’s) head,” but Solo reportedly did not relent, so he pointed a BB gun at her.

Solo eventually stopped and her half-sister ultimately pushed her out the door, but she re-entered through an unlocked sliding door and, after some argument, assaulted her sister some more, the affidavit says.

Police ultimately arrived and found that Solo’s half-sister had a swollen left cheekbone that was turning purple. The sister apologized to her son for “letting Hope back into their lives” and told police she wanted nothing to do with her, reports say.

What if this incident had happened in New Jersey? While Solo was charged with two counts of domestic violence, presumably one each for the alleged assault against her sister and nephew, the laws in New Jersey regarding victim’s age, and relationship, are slightly different.

According to the New Jersey Division of Criminal Justice, a victim of domestic violence includes any person:

B. who is an emancipated minor, and

In the case of Solo, it is unclear whether she ever lived with her sister, which would make her a former member of the same household. Likewise, no reports state whether or not the nephew is emancipated at age 17.

If a person doesn’t meet the requirement of domestic violence victim, regardless, they are still a victim of violence. Wherever an assault takes place (and whomever it involves), contact law enforcement. For example, a minor under the age of 18 may not be considered a victim of domestic violence but may be a victim of a criminal offense. The same goes for adults. It could be that in New Jersey, Solo would have been charged with criminal assault, depending on the circumstances.

The bottom line for you? In an emergency, make the call to get help. The officer who responds will know how to classify the violence and will be able to take the appropriate action, including helping you file for a temporary restraining order.