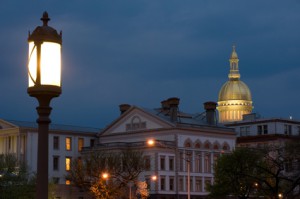 Members of the New Jersey Legislature are now following suit by introducing three new domestic violence bills in direct response to Rice’s placement in a pre-trial intervention program, which if successfully completed, will wipe from his record any mention of charges stemming from Rice’s assault on his then-fiancée in an Atlantic City casino.

Casagrande explained to NJ.com that right now, many cases of domestic violence are handled in municipal courts.

“As it stands, we have these victims going into a courtroom where the people have minimal training. Also, they’re sitting next to people who have minor traffic violations or may have a summons for not mowing their lawns. It’s really not an appropriate environment.”

The last of the three new bills, A3803, will require that all judges receive at least three hours of domestic violence training.

These new bills join legislation already before both houses that would provide domestic violence victims with the ability to testify via closed-circuit monitor and establish a panel to review and make further recommendations for strengthened domestic violence laws.

We will keep you posted on updates to the bills as they make their way through the Assembly and Senate.

5 Money-Saving Tips for Surviving the Holidays When You’re Newly Divorced... 5 Inside Secrets Divorce Attorneys Don’t Want You To Know