You are here: Home1 / Blog2 / New Jersey Law - Divorce & Separation3 / The Ultimate Divorce Loophole: We Were Never Married in the First Plac... 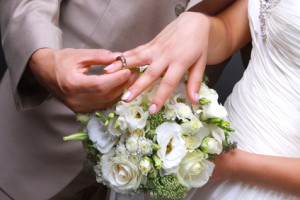 Before their divorce, New Jersey couple Michael and Debra Mandelbaum lived as husband and wife for 20 years.

Or did they? As the pair’s divorce, initiated by Debra Mandelbaum, moves forward, Michael Mandelbaum has taken an unusual position: despite a well-documented wedding ceremony, jointly filed tax returns, and multiple anniversary cards exchanged over the years, he’s claiming the two were never technically married.

No marriage, says Mandelbaum, means no divorce. And it also means that his business income, including a stake in the Minnesota Vikings and part-ownership of Vornado Reality Trust, one of the largest owners of retail and office space in the U.S., should not be subject to marital asset division, he argues.

How can he make this claim? Mandelbaum has reportedly provided a New Jersey Superior Court judge with documents that show a mistiming of their Jewish wedding ceremony invalidated their civil wedding license.

As the Wall Street Journal reports:

New Jersey statutes require couples to obtain a marriage license before their ceremony. But the Mandelbaums’ Dec. 5, 1993, ceremony, in the office of a rabbi with Ms. Mandelbaum wearing a gown from Kleinfeld Bridal, came 16 days before their license was granted, according to court filings.

“The parties were never fully married and so the court must dismiss her [divorce] complaint,” Mr. Mandelbaum’s lawyers said in the filings.

In 2012, Mr. Mandelbaum’s income was more than $6.6 million, according to Internal Revenue Service filings in the court documents.

According to the WSJ, Ms. Mandelbaum, 52, said in court filings that Mr. Mandelbaum’s legal position is a way to “escape having to pay me an equitable distribution which could total hundreds of millions of dollars.”

Does he have a case? Maybe. Others have used this tactic in court with limited success. In the Mandelbaum’s case, however, there is also the question of good faith. Since Ms. Mandelbaum apparently believed they legally married, and claim they acted like a legally married couple, the Court may decide to treat them like one in granting a divorce.

A ruling in this case should be made sometime this month. We’ll update this blog with the outcome, but in the meantime, what lesson can the rest of us learn from this unusual case? Besides checking the date of your own marriage license, you might to find your old anniversary cards and put them somewhere safe. You never know when they will come in handy! 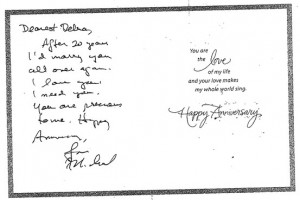